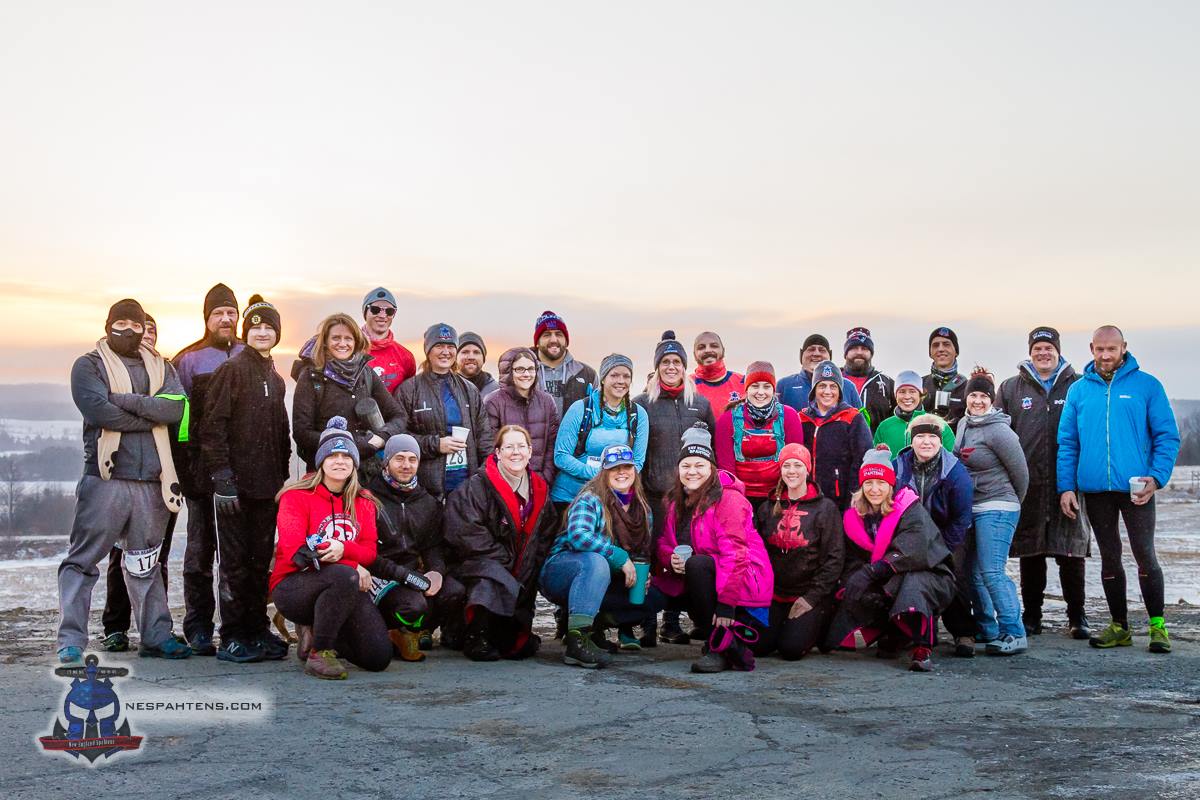 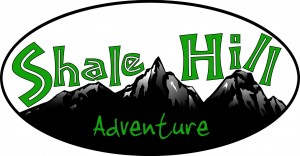 This is year 6 for Polar Bear Challenge – and a whole bevy of new people got to come to Shale Hill and figure out what we’ve all been talking about for the last half a decade.

The basics – Shale Hill is a fixed course, based about 30 minutes away from Killington, in the sleepy little town of Benson, VT. It has all the physical challenges of an award winning permanent training venue, with none of the huge marketing budget. Shale Hill is simply the best grass roots obstacle course experience you can get in the North East, maybe even the entire US. 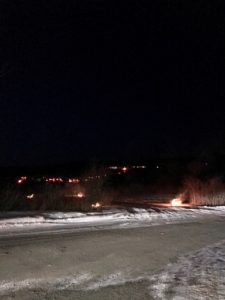 Which is why we go back to the Polar Bear Challenge every year. Because the short walk across the field from your parked car to the barn is lit up by bonfires, and looks amazing. Because check in takes seconds, and once she knows you, co-owner Jill greets you by name. Because no matter what mother nature throws at him, Rob is always running around and building something new, or having a talk with a competitive racer about technique, or a joke to put the casual runners at ease. Because the local restaurant ensures there’s a never ending supply of hot bacon and coffee (and sure, some other food) going in the barn all day.

Because you’re always greeted by people who care very deeply about their event, and their sport – and in the OCR world of big box races and big brand sponsorship – that shows.

I’m not going into each obstacle. There were old favorites, and new challenges. As always, they were built well, sometimes quite intimidating and for those of us who run Journeyman – always optional. NEVER be scared of coming to Shale Hill because it’s “too hard”, as the Journeyman option lets you pick your own challenges and do the things you are confident in, and try the others with no penalty.

There were two major changes for the 2018 season.

A new course layout – as we heard on our podcast interview with Rob a week prior, he had put a significant amount of effort into changing the course – and it was entirely different. I also know that he had major problems with the wind blowing down the course tape the previous day, but can happily say that by the time I got there, everything was up, clearly marked – and there was only one time I saw someone off course, and they had entirely missed a really clear arrow pointing in the right direction. 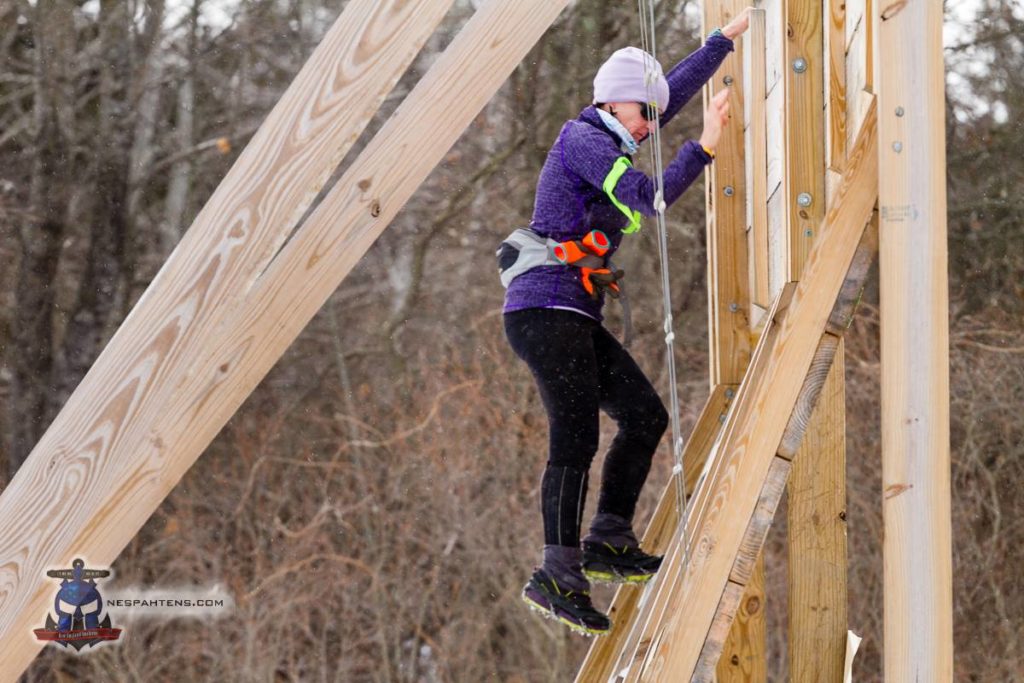 The new course mapped out to about the same distance – just shy of 6.5 miles in this case. Efforts were made to get some of the bigger, more challenging obstacles into the front part of the course, to give the competitive crew a bit more of a shot of completion on the really difficult stuff. This meant that the previously uphill monkey bars were down downhill monkey bars – and I think that worked out just fine for most. As someone who has run many many laps on the “old” course, I didn’t get lost once!

The next big difference was in the competitive penalty system. Due to the nature of the Polar Bear Challenge – and it’s temperatures – penalties have always been done by picking up a chip at a failed obstacle, then “cashing in” for a penalty when you arrived back at the end of your first lap – but, for 2018 there were only 3 stations like that. Everywhere else, if you chose to “fail” the obstacle (you could attempt it as often as you like), you had to run back to the previous obstacle that you fully completed. This could mean a short jog back to a tough obstacle, or it could mean a long trot back to an easy obstacle. Once you had run back, done the last obstacle, you could turn around, come on back, and “touch and go” through the tougher one you chose to fail. I didn’t run journeyman, but it seemed to flow well. 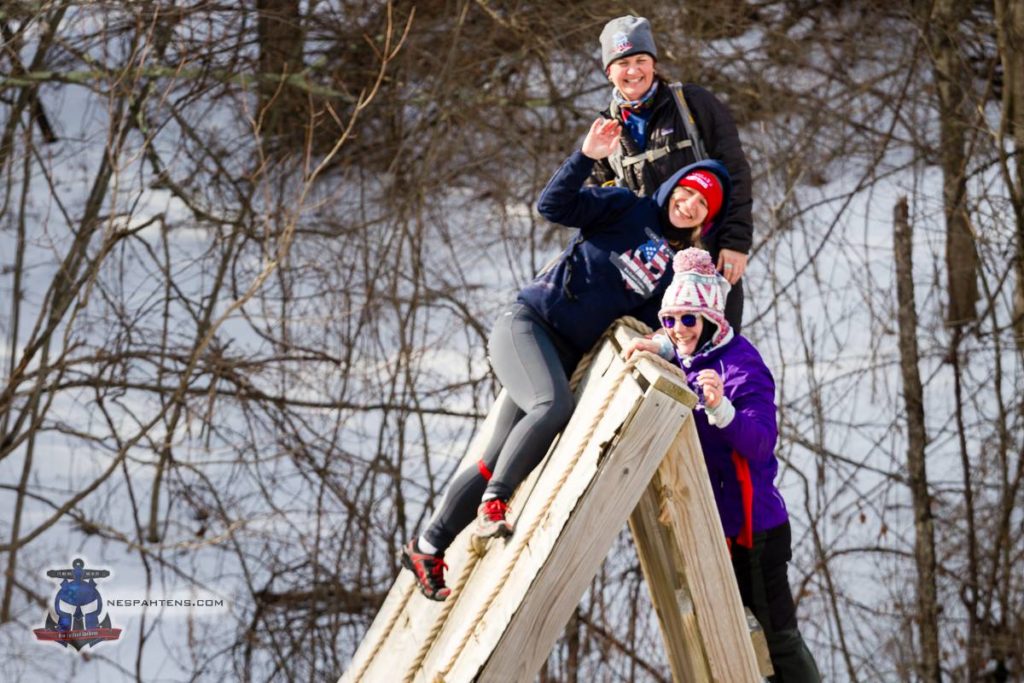 The biggest theme of the day though? Ice.

It’s a winter race, so duh, it’s going to be cold – but this was one of the coldest renditions of Polar Bear Challenge I’ve experienced (the only one colder being year one, which stayed around 10f for the whole day) – but, with that cold we also had ice. Lots of ice. Ice everywhere. There were several slopes and hills that were only safely traversed on your butt, or riding a log!

So many people skip this event. Considering Shale Hill “too far” (tell that to the guys from Texas here for the event) or too hard (many of us only ever do one lap!) or too cold (I always finish a sweaty mess) – Shale Hill should not be missed and like all local events, support them, or you’ll lose them. 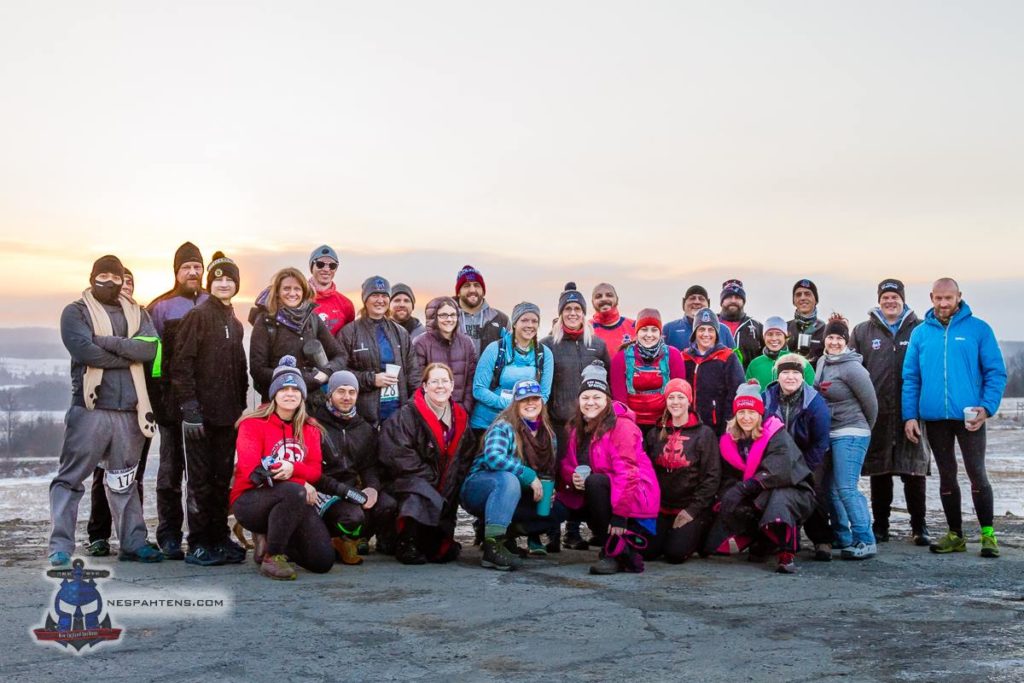