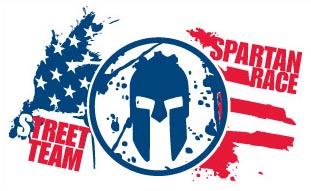 The Spartan Race Street Team was really one of the pre-cursors to the existing OCR community. We should know, it’s where the New England Spahtens has it’s roots, and how OCR fans and enthusiasts found each other, in the dark and distant past of 2012 and beyond.

At it’s core, it was straight forward – following the simple idea that Spartan Race wanted to rip people off the couch, the Street Team gave Spartan’s biggest fans a reward for pulling a new person off the couch – and gave them a discount on the entry price. You would share a code, or a link – and if the person registering through your link or using your code was new to the Spartan database, everyone won. It was relatively easy to earn a free race for yourself this way – but progression through the Street Team ranks was notoriously difficult, and fraught with frustration.

Other series tried to emulate it – sometimes with cash incentives for pulling people in (many of which simply never got paid), others with stricter requirements for membership.

But none of them were as well populated and attended as the Spartan Race Street Team.

Ultimately, it was a victim of it’s own organic growth, and explosion in popularity. When the requirement for entry was nothing more than checking a box during checkout, and there really wasn’t anyone at the head guiding the ship – many of us saw the end coming long ago, and only gave the Street Team the most cursory of attention. From the entire system changing year to year, to rewards and bonuses being pretty randomly doled out – many of us moved on to our own communities that were more relevant to what it is we do – obstacle course racing, not *Spartan Race*

The Street Team lives on in name – volunteer work at conventions and events mostly – but there will be no more sharing of codes or earning of points.

It seems we have an incredibly short window – just 15 days – to redeem any unclaimed points, which doesn’t feel like a very good amount of time, considering the history of delays and problems redeeming points, and I suspect I’ll be kissing good bye to two free races I was banking, as I have a season pass this year.

So – thank you, Spartan Race Street Team for giving us a place to start our own community, back when it was tough to find people into this silly thing we do in the mud. 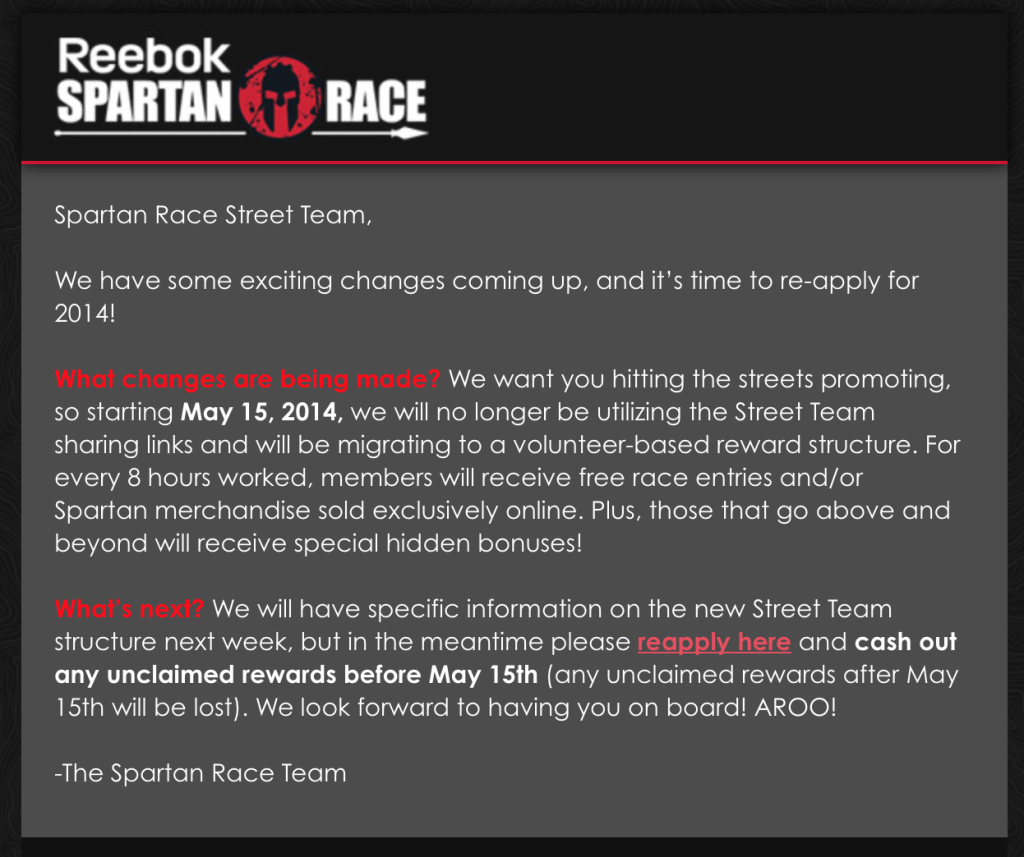