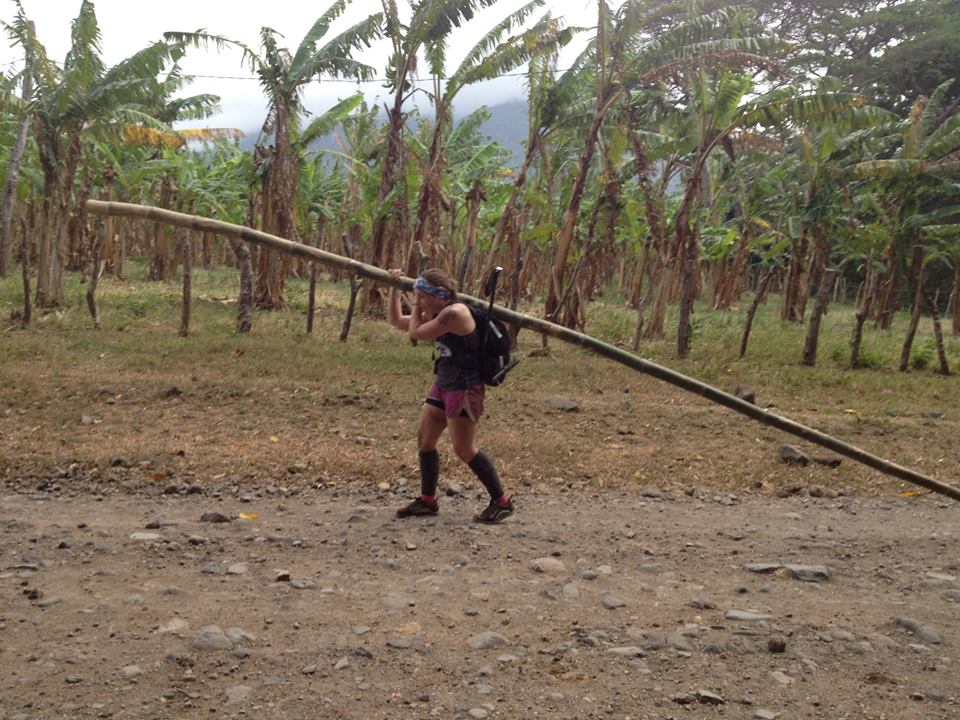 ed. note: Everyone and their Mom know Nele in the OCR/ Endurance circles as of now. If you don’t know her, well get out from under the rock and read one the most impressive and inspiring stories, that c’mon, you really should know by now. This British expat shows what true grit and determination can do for anyone. Nele has run OCR’s around the country, and some outside. She has done multiple Death Races (earning a skull during Winter), she’s been to Nicarague multiple times for Fuego y Agua and a long list of other events. Thank you for sharing your story, Nele! 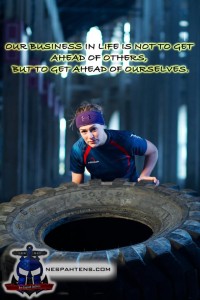 Where to start… Well, I’m from the UK (Liverpool to be exact) and I moved to the states in 2008, basically on a whim. I’d never been to the east coast before; the furthest east I’d ever been was Colorado. So after being accepted for a position working for developmentally disabled adults in Massachusetts I packed my bags, said goodbye to family and friends, and hopped on a plane.

I have never really been sporty. Sure I took some gymnastics classes when I was about 10 and I would kick around a football (soccer ball) at the local park with my friends, I also roller bladed and skateboarded for some time. But other than that I was pretty unfit. I was actually probably very unfit, a combination of bad diet and one too many beers at university. In 2012 my boyfriend Ben (now my husband) found a 4-mile obstacle course race called Ruckus. He was planning to do it with his friends, but I thought it looked like fun so I asked if I could tag along. We both registered, his friends didn’t, but we decided to still go and do it. 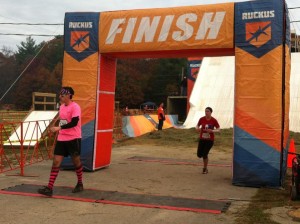 I’d never really run before, I couldn’t do one push-up, and the thought of me doing a pull-up made me laugh. So I went to a sports store, bought the cheapest running shoes I could and went for my first ever run. It did not end well. At about the 1-mile mark I was sat in the middle of the pavement with my head between my knees convinced I was going to die, or at least throw up. I didn’t think that there was any way possible that I was going to be able to finish Ruckus. After that incident I started to run more regularly, and then I actually started to enjoy it. I remember the first time I ran 2-miles and text Ben because I was so proud of myself, and the first time I did 5 actual real men’s push-ups I blew up Facebook. 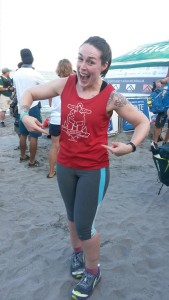 A few months later I finished Ruckus. As soon as it was over I had post-race blues. I had been looking forward to this race for so long, and I had had so much fun. So I got onto the Internet and found a Spartan Race. Not only did I find races, but also I found an amazing community of people who loved races just like I did. I began to get addicted, wanting to push myself harder. A friend of mine suggested the Death Race. It took a lot of convincing for me to actually sign up, but eventually I did. Roughly 9 months after I started exercising I participated in the Winter Death Race. This event changed my life.

I thought my story would end there, but then I had a huge setback. I felt like my OCR career was just taking off and I was the fittest I had ever been when I developed a stress fracture in my foot (the 4th metatarsal to be precise). For weeks I ignored the pain, thinking it was probably just a bruise or an ache. Eventually I went to a podiatrist that diagnosed a neuroma. Several weeks of cortisone shots and no running and the pains were still there. At this point I was getting pretty depressed. I was watching all my friends race and all my fitness gains disappear. Eventually I went to a sports podiatrist and had an MRI and found out it was a stress fracture. The cortisone shots I had been receiving for the pain was slowing down the healing of the bone. I was given a boot, walked several OCRs in it (completing as many as the obstacles as I could) and about 6 weeks later I was given the all clear. 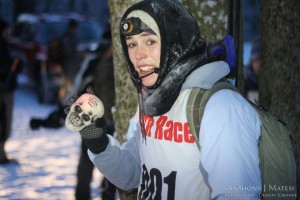 I was back to square one, in terms of my fitness. I’ll admit that the thought of starting over was daunting. So I start training again, running, going to the gym, and going to CrossFit. I was starting to feel good again. Sure, I had some aches and pains, but that was because I had just started training again, right?

I would wake up in pain and such terrible joint stiffness that I could barely move. I was taking as much ibuprofen as I could just to get through the day. I had basically stopped working out, the pain was too much and I felt exhausted all the time. I went to my doctor so many times. For a long time I thought I had tendonitis, but it wouldn’t go away. I tried every remedy possible; steroids, NSAIDs, ice, heat, icy hot, and foam rolling. I was getting depressed again. The frustration I was feeling was unbearable. I was reaching the end of my tether. I had big races coming up; I wanted to get back to feeling like myself and without pain. 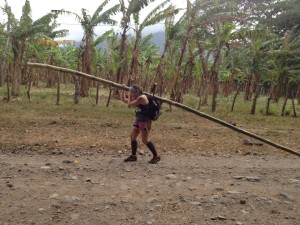 In December 2013 I was diagnosed with Rheumatoid Arthritis (RA). I went into denial, arthritis is for older people, and I was 28. As it turns out RA is an autoimmune disease, so my own immune system attacks my body. In January 2014 I went to a rheumatologist and began the long road to recovery. Except RA can’t be cured, so I was basically experimenting with different medications to relieve the symptoms. The Death Race came around. I was very nervous to race. I was not as fit as I should have been because I was still in pain. I decided to race anyway. About 36 hours into the race I started to feel a slight ache in my knee. An hour later I could barely move it. I knew I wasn’t going to be able to finish. I could barely walk. My amazing wonderful friends rallied around me, gave me knee braces, painkillers, food, but it was too late. I missed the cutoff. 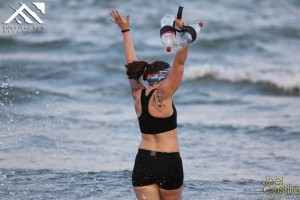 DNF-ing the Death Race had a huge impact. I became angry, mostly at myself. How can my immune system attack my body? Why did I get RA? How did I develop an autoimmune disease? I DNF’d a race because of RA. That was very difficult for me to handle.

So now I take three different types of pills twice a day, self inject a biologic into my abdomen every other week, and have to be very careful about what I eat. All just to try to keep the symptoms away. Most days have been good recently. Occasionally I will have a bad day when the pain returns. I become immobile, lethargic, and sad. I can’t workout or go to work. The only difference is that my good days out number my bad days. It’s been a long time since that happened. I am finally working out, a lot. I’m happier and finally starting to feel like myself. I have amazing people in my life who have helped me more than they’ll ever know. 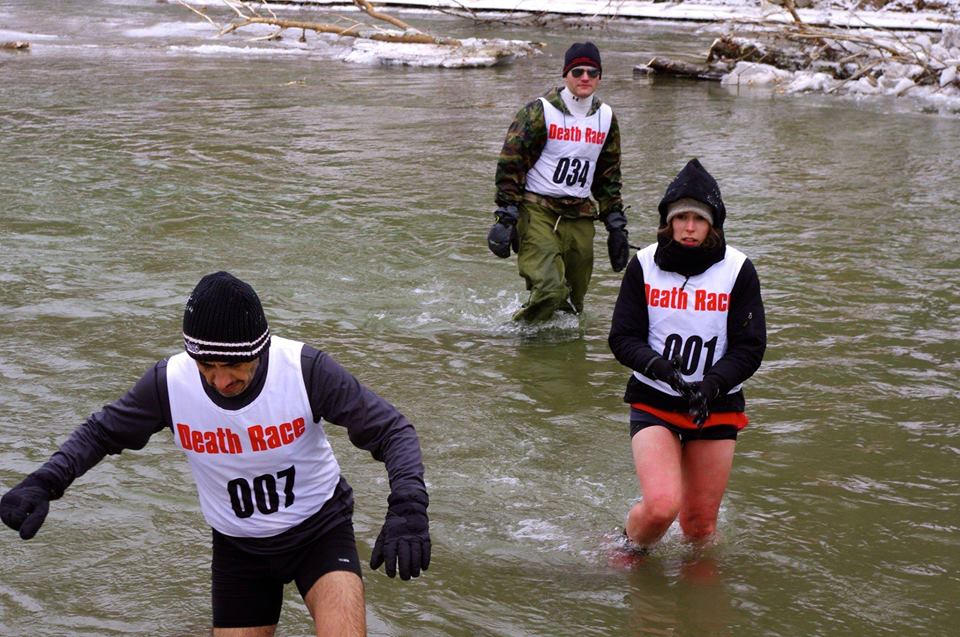