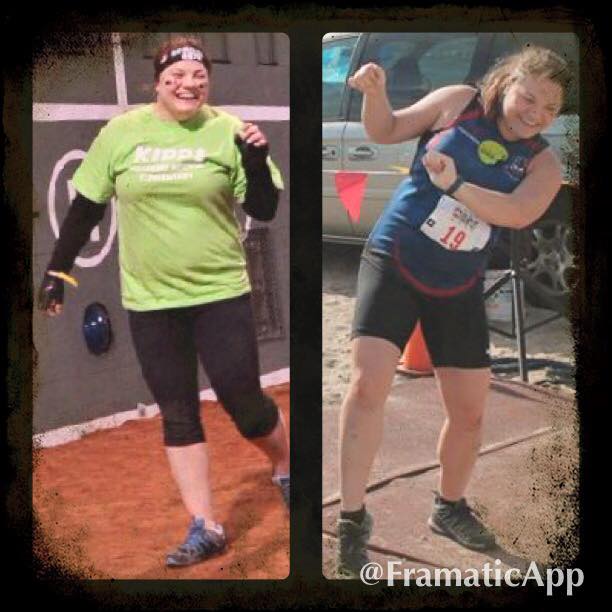 On October 29, Linda Rae Krov, shared a before and after photo and a brief message:

“According to Sara Jean Norman I should share a glimpse of my story:
After a conversation with some of my fellow Spahtens, I looked back on the last year in races.
Before joining this family, and I do mean family, I didn’t know anyone in New England outside of my job. Being as social 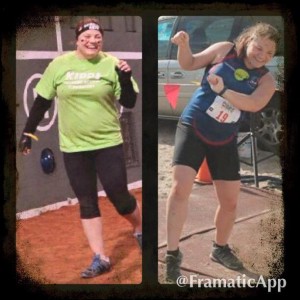 as I am, this led to a lot of weekends stress eating junk food and drinking with co-workers. Needless to say, I gained a bunch of weight (almost 40 pounds).

I met a Spahten in the bathroom line at Blizzard Blast and next thing I knew, my weekends were booked with ‪#‎racelocal‬ and tons of other OCR events. I didn’t actually notice a change in myself until I put the pictures next to each other. The comparison is from Fenway 2014 and Run the Gauntlet 2015 (a little under a year apart).

Thank you all for being such a wonderful inspiration and positive influence! (Especially with the dirty jokes😉) Love you all!!!”

It was a “this is what we do and why we do it moment for me.” So I reached out to Linda Rae to ask for just a little bit more.

What got you into OCR? 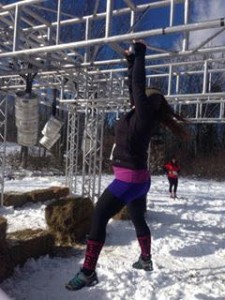 My first OCR was the Spartan Sprint in Palmerton, PA back in 2012.  My Muay Thai training buddy had done a few Tough Mudders, and figured I would love the challenge of a Spartan.  While I loved it, I didn’t really do more than one a year until I moved up to Boston in 2014.

I moved to Boston to help open a school and I didn’t know anyone besides coworkers. I also realized that needed something besides school to keep me sane (and battle the pounds that kept adding up.) I read about Renegade Run and Blizzard Blast on a random facebook ads, and signed up for those two plus, the Fenway Sprint.

Thank goodness I signed up for Blizzard Blast because I randomly talked to a Spahten in the line for the bathroom.  She brought me over to the team space to meet people and they talked me into signing up for FIT with the team.  The rest is history.

How have battle buddies affected your racing?

The biggest change I have seen in myself, thanks to my battle buddies, is that I have a ton more GRIT.  In the past, I would have bypassed or burpied out of obstacles that made me even slightly uncomfortable.  (My first race, I cried at the top of a cargo net because the height freaked me out so much.)  Now, I try everything, and sometimes, even make myself do it again.  I NEVE 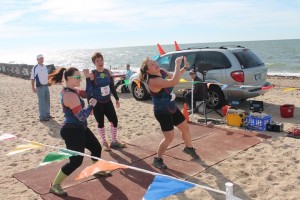 R would have even attempted doing three laps at Tuff Scramblers without a few very specific Spahtens there to push me and remind me that I was capable.

The other glorious thing about having such a large group of battle buddies is that I can ALWAYS find someone at the pace I am looking for.  Sometimes, I want to push myself to run more, sometimes I am all about aggressively hiking the whole race.  I have a people I can do either pace with.  To be completely honest though, the BEST part of having battle buddies, is definitely the jokes.  When you are covered in mud, exhausted, with a giant hole in the seat of your shorts, the jokes carry you through the race with a smile…. Among other things.

What are your plans for this winter and next season?

This winter, I will be doing Blizzard Blast again (maybe two laps?) and Polar Bear at Shale Hill.  I am also doing my first solo Half Marathon at Disney World in February. (I couldn’t resist a medal with a tiara). #blingwhore 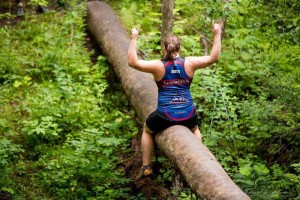 Next season I have a few goals.

These are pretty big pushes for me, but I think with enough of a push, it WILL happen.

One piece of advice you would offer to a newbie?

Don’t say, “I can’t do it” before you have attempted something.  If you are afraid of heights, take it one step at a time, let people help you. Take your time.  If it is too much to do the whole thing on your first race, go halfway.  Don’t just tap and walk by because of fear.

Also, don’t be afraid to talk to people!  My random talking to people at a race got me connected with the best group of people I know.

1 thought on “Spahten Story: Linda Rae – This is what it is all about.”