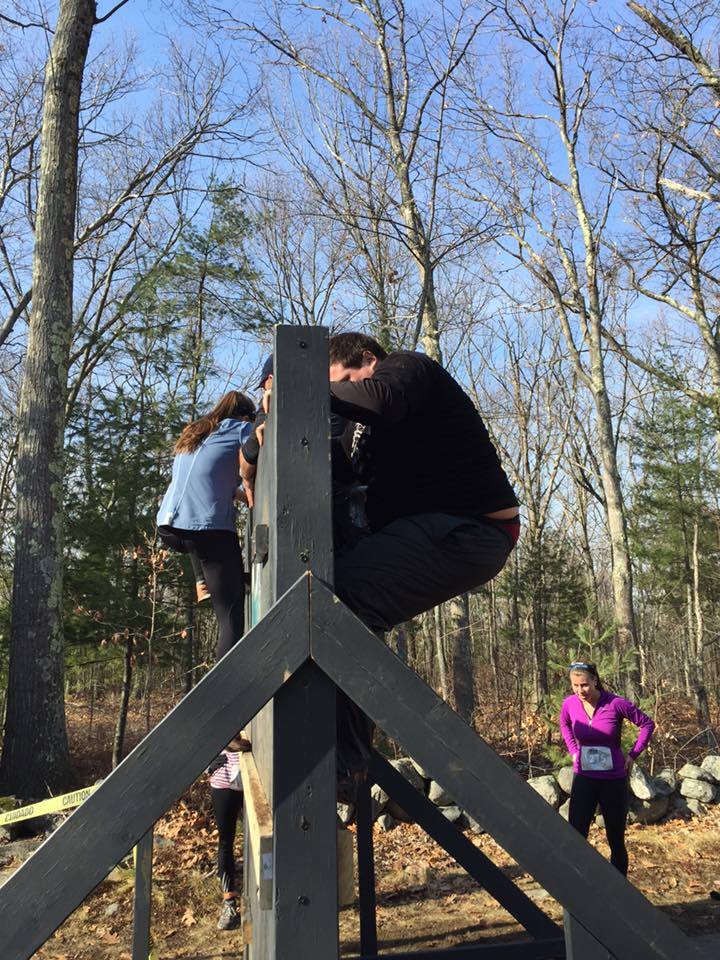 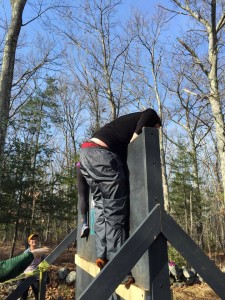 On February 1, Stephen Sweetser shared a photo of himself going over an 8-foot wall and a small story on the challenges he faced before the race and how his own courage and the encouragement of his battle buddies got him through.

“I normally don’t post anything like this, but the overwhelming urge is killing me. I just want to throw out a huge thanks to the people I met at Blizzard Blast. It was my first OCR ever, and it was a very emotional and motivational event for me, and it may be the best thing I’ve ever done for myself.

When I told people I wanted to get into the OCR scene, I was mocked, jeered, and put down by most. I’ve heard it all from “You can’t do that” to being laughed at while I get a disheartening and mocking “Good luck”. Even a family member of mine had little faith, and was so surprised about it that it destroyed me on the inside. But thanks to my brother Brian, I didn’t have a choice but to prove everyone wrong (he bought the tickets, thanks again!). And I did. 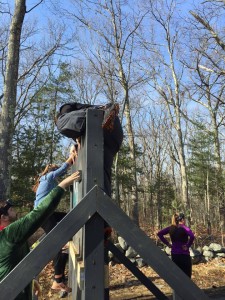 Yes, I’m overweight. You can say I’m obese. It’s obvious, I can’t hide it, Yet society never lets me forget that I am. So therefore, I’m fat, and I’m not fit. Right? It was so easy to be discouraged by stereotypes. I’m 340ish pounds, and thanks to society, I thought that I was basically “going to kill myself” at this event. I didn’t think I could do a single obstacle. I thought that I was going to be a quitter and just throw in the towel half way through. But thanks to all of the NES I met so far, and my family running beside me, I gathered the courage to go out there. I felt like a totally different person while I was around you. I wasn’t fat anymore. No one looked at me and said “you can’t do this” or “what is this guy doing here?”. I don’t think I’ve ever felt more accepted in my life. And for that, I thank all of you, even those I haven’t met, because I already know that you all have the same mentality.

I’ll try and keep this short. I could write a 12 page essay on this, but I’ll save some time for everyone. I was a nervous wreck getting out there. Finally 1 PM came, and I was off. And of course, the 8-foot wall was the first obstacle. Here comes the negative thoughts. I can’t do this, just walk around it. But for some reason, then and there, I shut everything out, and I said to myself “no, we are going to do this”. And to my surprise, I made it. I climbed that wall. I made it to the top, and went down the other side. I wished everyone that doubted me was there to witness that. I proved them all wrong. I did it. That one obstacle meant more to me than anything I’ve done in my life since graduating high school.

So again… THANK YOU to everyone. Without the support of people like you, I’d still have so much self doubt and negativity. It’s time to 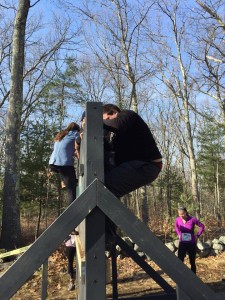 turn things around for myself. I look forward to MANY new adventures with you all, and I hope I get to meet more and more of you. It was so much fun out there, and I feel like a new person in just one day.

But for now, I’m off to rest my sore muscles and join a gym, I have so much I can improve on!”

The courage to step out of your comfort zone is pretty incredible.  Stephen has it in spades and was able to answer a few more questions to go just a little bit deeper into how it helped get him through
.

What made you decide to sign up for Blizzard Blast, your first OCR?

Well, my brother signed me up, along with my sister and my mother. This race was our Christmas gift from my brother. I’m glad he did it too. 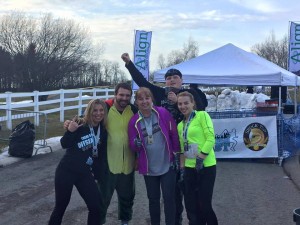 Stepping outside your comfort zone is never easy, especially when mocked and jeered, but you did it. How hard was it to not give up?

It was really tough. While waiting at the starting line, I started to feel really anxious. To the point that I felt sick. My mind was telling me to give up before I even got to the first obstacle. It definitely helped to have some NES and family with me, because I didn’t want to be “that guy” and throw in the towel, they helped me keep going.

What are your plans for this next season?

I’m already signing up for races left and right! I can’t remember a time that I’ve felt so motivated and so determined to do better, and be better. So far you will be able to find me at Boldrdash Winter Dash, F.I.T. Challenge, Wason Pond Pounder, and the Spartan Boston Sprint (in Barre). I can’t get enough! Like I told my brother, I have to see how far I can push myself, and how much I can improve!

One piece of advice you would offer to a newbie?

Don’t be afraid of failure! I think that all my fears boil down to being afraid to fail. Becuase unless you are Spiderman, you are most likely going to fail at least one obstacle. And you can NOT let it stop you from trying. Like I was saying about the 8-foot wall, I didn’t think I could do it, but I tried it anyway. And I DID do it! Like my brother said to me when I voiced my concerns about OCR to him “you are going to surprise yourself”. And I did. And so should you.