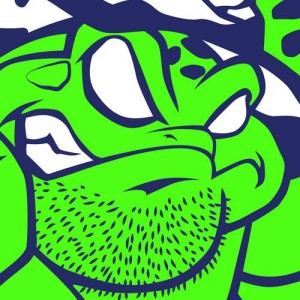 * Event Details
The course was located at Tomahawk MX Park in Hedgesville, West Virginia. This was actually about an hour and a half from DC, but DC is definitely the closest big city. All parking was on site, and though we had a parking pass for free parking, I believe it was a minimal cost of $5 or $10. It wasn’t crowded, so the parking was plentiful.

There were several vendors like OCR Gear. I rarely buy things, so I don’t check out vendors much, but there were a few. The beer did run out before I went for my free one. Food choices were very slim. Everything was made out of pig products. Hot dogs, pulled pork, some weird fried bologna thing. I’m guessing it was a West Virginia company though, and not indicative of the fare offered at all Battlefrog events.

Schwag was a large frog medal of the 15k, and a smaller frog medal for the 5k. I believe there was a tadpole on the kids’ race medal, though I didn’t see it. Tshirts were well made, and I loved that there was a women’s T in addition to a standard men’s crew neck. I never wear race Ts, because they are always made for men. But I can definitely wear this T.

They also had Navy Seals onsite, giving demonstrations, as well as a helicopter that flew around, and several people won rides.

* Race Details
I did the 15k. The 5k started on the same course, and veered off to cut it shorter, while the 15k kept going out before looping back. The obstacles were tough. There was approximately 25 in the 15k distance. Some of the obstacles were pretty standard, such as the cargo net, or rope climb, sandbag carry, and inverted walls. But they had some unique obstacles, such as the shooting range (paint ball guns) and the traverse wall was ropes, rather than blocks. Some were standard obstacles, like the A-frame wall, but the boards were spaced so far apart that it made it significantly tougher than normal, especially for shorter people. There were several fun slides as well.

They really took advantage of the fact that they were utilizing a motocross course, and there was a lot of muddy pits, water traverse, and up and down hilly terrain. The penalty for failing an obstacle was ten 8-count bodybuilders.* Killer, don’t fail an obstacle. Makes the 30 Spartan burpees seem easy. One of the obstacles was Seal PT, which was 20 of the 8-counts. Right after running hills. Ouch.

My one course gripe was that there were very few volunteers on the course. There was one stationed at some of the larger obstacles, but the smaller obstacles didn’t have volunteers. In the 15k event, this meant that there could be more than a mile without seeing a volunteer. At one point, we saw a man to appeared to have a broken leg, and while help had been sent for by the time we got to him, he had been waiting for a while. There were a lot of volunteers in the festival area, and it would have been nice to have spread some of them out on the course.

I appreciated that at each obstacle, there was a plaque with a dedication to a fallen Navy Seal,

I will definitely run this race again, and in fact will be traveling to New Jersey for their event on August 2nd. I’m hoping they hold a New England event next year.

An aerial video of the course:

*On count one, drop into a squatting position with your hands on the ground. Count two involves kicking your feet straight back in a plank position, assuming a standard pushup pose. Lower your chest towards the floor on count three, and then push up on count four. Once more in the elevated pushup position, kick your legs out to the sides on count five. Bring your legs back together in the plank position on count six. Pull your legs forward on count seven, returning to the same squatting position as count two. Finally, leap straight up on count eight, stretching your arms high above your head. Completing all eight movements is considered one full repetition.