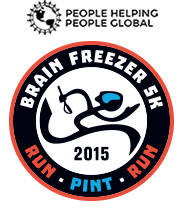 * Event Details
When I first heard about this race I knew it was a must do. I’m a pretty good runner and love ice cream. Let me repeat that, LOVE ice cream. So the race is your typical 5k road race and you eat an entire pint of Ben and Jerrys ice cream at the half way point. The clock keeps running the entire time. It takes place in downtown Burlington VT. It’s also a fundraiser race.

I signed up far in advance because I knew I must do this race. Check in was easy. I got there about 45 minutes in advance. The race started at 10:00. I got a cool shirt (cotton) that says RUN. PINT. RUN. I think only people that preregistered got shirts.

There was basically two divisions. Competitive and fun. Competitive means you must eat the entire pint of ice cream and show the officials. Fun means it doesn’t really matter but you can’t win any prizes.

There were at least four flavors of ice cream to choose from. There was also sorbet I think.

* Race Details
The race started at a park. I think there was about 300 runners grouped together at the start line . It wasn’t too jammed. We had bibs but no timing chip. They did timing by hand which I think was fine for this size race.

After a short run through the park we hit the sidewalk. The majority of the race was on sidewalks. It started crowded but thinned out after about 1/2 mile. There was volunteers at intersections and I never had a problem crossing roads. The first half mile was downhill and the second half mile was up a pretty steep hill. Then about another half mile to the ice cream location. This is where it gets good and I could shine.

They had tables set up with dozens or hundreds of pints of ice cream. As I said before there was 4-6 flavors I think. Basically you grab a pint and eat. Smart people bring their own spoon (which I did thanks to my friend Mark Premo had mentioned to me, he has done the race before). They had plastic spoons but I could see a potential proble . The ice cream was pretty frozen even thought it was hot out. Some people skipped spoons and use the “toothpaste” technique, which means just squeeze it into your mouth.

I entered the eating area in about 30th place I’d guess. My biggest decision was what flavor to go with. I decided chocolate chip cookie dough which turned out good. I had no problem with the chunks of dough. I got my pint and just started eating. As fast as I could. I was about half done when I saw the first place guy take off. And then second place soon after. They were fast runners and I knew I couldn’t catch them. I thought to myself I need to hurry up. Then it hit me. Shove it all in my mouth and just run with a mouthfull. So I tried and that’s when the brain freeze hit. Plus I couldn’t swallow. So I ended up spitting some back out into the container. Which was good because it helped melt the ice cream. A few more guys took off. The ice cream melted some. I took a few more big bites and bam i was done! I looked at my watch. About 2:10 to eat a full pint. I took off and figure i was in about 6th place. I had entered the ice cream section in about 30th so I made up about 25 spo
ts! I thought to myself just hold a good pace and I might finish top 10.

The second half of the race was on sidewalks again. Mainly side streets. Very little traffic. And there was volunteers at intersections. I was holding my place until about a half mile to go. Then I got passed by 5 people total I think near the end. They were clearly faster runners then me but I had downed my ice cream real fast. I couldn’t catch them.

I loved it and will do it again next year. My daughters want to do it too.