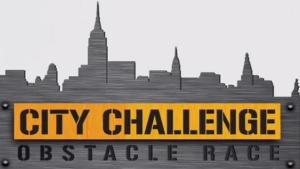 * Event Details
Randall’s Island and Icahn Stadium are a relatively quick jaunt from Connecticut easily accessible thru public transportation or the any of the bridges leading to the Harlem area. This was the first time this organization had their event at Randall Island, which might explain their lack of signage for event registration and parking. Randall’s Island is over 400 acres so lack of signage is significant. Luckily, we spotted a random EMT strolling out of a parking lot, rolled down the window and asked if they knew the whereabouts of the City Challenge ….luckily they were working the event and we were some 50 feet away from parking and registration. I communicated to the volunteers and staff that I saw mentioning that signage would be helpful and would help everyone to have a better race experience.
Because the race was held at the stadium, you get the automatic upgrade from the normal porta-potty race experience (I appreciate this upgrade).
The race schwag was a race specific t-shirt, and a finisher’s medal (which doubles as a bottle opener), a selection of muscle milk drinks, a banana, and water.
There were a nice selection of vendors at this event and I took full advantage of the cool down area where there were yoga mats, foam rollers and rumble rollers available. Oh but the joy did not stop there …I pulled my calf and right hamstring shimmying up the rope so when one of the vendors said would you like a ten minute post-race massage… I almost jumped on the table before the words left their mouth.

* Race Details
We queued up to register and collect our race package…that is the moment that I realized it was going to be a true challenge. It is a good 10-15 degrees colder in the city when you are near the water and race registration is a bit too late to reconsider clothing options. We were running the first wave of the day which was scheduled to start at 8:30 am, my guess is the lack of signage played into the late start time of sometime after 9:15 am (I took off my watch, and that was the last time I heard someone say). All the volunteers at this race were absolutely wonderful, friendly, encouraging and highly energetic. I felt like my own family was out there cheering me on… (The main reason I love local races). It was race time now, and what do I hear on the loud speaker?…the theme from Rocky…well alright little fighter time to get those Spahten feet moving.
The race started off on the Icahn Stadium track and wound around Randall Island Park and then back into the stadium. The race was quite similar to a Spartan Stadium sprint in obstacles but with a kinder, gentler feel…..let me explain. There was a good mix of obstacles:
Jump over cab and police car,
Crawling under a plastic netting (versus barbed wire)
Scaling walls with foot holds for both men and women (aka ladder walls),
Sandbag carry (couldn’t have been more than 25 lbs. as I was able to run with said sandbag,
Battle rope jump ropes,
Monkey bars with nice narrow bars which my hands could easily fit around for a nice grip (YAY!!!)
A relatively short AND mud-free ropes….the “boys” ropes were knot-free (Oh Happy day, knot free ropes …those I can do)
Kettlebell swings (20# ladies, 30# for the guys)
Cargo net climb
Jersey barriers
Water jug carry
Up and down the bleachers of Icahn Stadium right before the finish line.
Failed obstacles equated to 30 jump squats a kinder, gentler penalty than the burpee…although anything to keep warm would have been welcome.
The difficulty of this race paled in comparison to Killington a few weeks ago but my yardstick for OCRs is not just difficulty, personally I do these races to challenge myself on many levels but mostly to have fun. I had a great time today and, all things considered, would recommend this race to others especially those just entering the OCR world and wanting to build up their confidence by practicing some obstacles in a smaller venue.