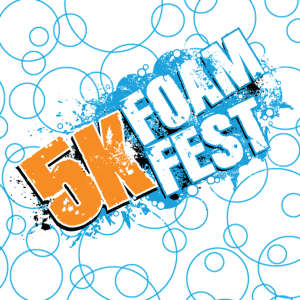 * Event Details
Last year we parked directly at the venue. This year they ran shuttles from a location about 15 minutes away. This would work if executed properly however it was short of a hot mess. I was in the first wave and I just got there on time. Didn’t matter because the race started late and I think the busses were part of the reason. We had a full bus and the driver waited ten minutes to leave. He also wasn’t sure where he was going. He had map quest directions taped to the wheel. Wait, map quest ?!
Anyways. Registration was short staffed and wait time was long for that. Could be streamlined. Was also easy for someone to just walk off with a bib if they were dishonest enough.
Bag check lines were outrageous also. This event clearly needs more staff. The volunteers cleaning up at the farm also appeared to be criminals out for the day. I know I shouldn’t assume this was the case but anyone there who saw will agree.
The course itself was great, but the obstacles are not what the jazzed up website makes them look like. The mini obstacles for spectators were a nice touch but charging money for use seemed a bit tacky in my opinion. Besides the sky fall the others weren’t being used. Again, the advertisements outlines these items would be here but don’t mention the cost. Anything to make a buck I guess.
I will go back because it’s kind of been tradition, but I’m hoping foam fest steps up.

* Event Details
I hate posting a negative review, but I really, truly, expected SO much more out of an established, national event.

– Once we arrived to the venue (already missed our wave), the volunteers were very helpful in trying to get the registration process expedited. While standing in the appropriate line for my last name, I was instructed to go to a different line. Here the volunteer took my waiver, put it in a pile, and handed me a bib. I appreciate the fact that they were trying to get us moving, but there was no cross check to see if I was on a list, no ID check, etc. It would have been so easy to just sign a waiver and walk right in, without having actually registered for the race.

– The course itself was indeed fun…but sparse on obstacles. All of the inflatable, foam filled obstacles were almost identical to the one before. Now, don’t get me wrong, they were FUN, but it felt like the same thing over and over. I understand that the inflatable obstacles are possibly expensive and hard to maintain, so my suggestion is to throw some more “standard” obstacles in there. Maybe a few more walls, low crawls, tunnel crawls, etc to break up the inflatables and add more “fun” to the course. I understand that this is a very beginner friendly course, but I felt there was so much lacking by way of obstacles.

– The electric mud crawl? What was it supposed to be electrified? Because it was clothesline rope.

– The Monkey Business obstacle was kind of confusing. There wasn’t a volunteer around nor any instructions on the signage, so we all kind of guessed what we were supposed to do.

– Many advertised obstacles were missing from this venue. (Log Roller, Big Baller, etc)

-They ran out of medals. I LOVE medals, and call me silly, but it was a huge bummer to me that they had run out despite the fact that the race day wasn’t even half way over. I don’t understand how they were THAT under prepared, as there were hundreds of people left to run the course. I hate to play the “he said she said” game, but I read from a fellow teammate who ran much earlier in the day that the medal tent was not staffed, and people were just taking their own medal(s). This could unfortunately be why they ran out.

– The inflatable obstacles at the “festival” area cost about $2+ per child per obstacle. There was no mention of this in any of the emails or website (I specifically searched the “FAQ” ), so I was kind of taken aback that we had to pay.

– It wasn’t very spectator friendly…other than the slide at the end, there were no obstacles that spectators could see.

-The line for the return bus was worse than the line for the first bus. We stood in a field in the hot sun for over an hour. At one point, a police officer on an ATV came over and told us that the entire hired bus service had decided to take their 30 minute union-break at that time. Sure enough, for a good 45 minutes, not a single bus made an appearance. He also informed us that the reason we had to park so far away instead of at the venue (there was plenty of space) was because some neighbors had recently complained about the traffic. People were hot, tired, and disappointed, and the crowd was getting rowdy. Later, a man got confrontational with a volunteer, and a police officer had to threaten to intervene. It wasn’t pretty.

– This was indeed a VERY beginner friendly course: Geoff and I ran with his sister, mother, and step mom. His mother is recovering from a recent bout with Lyme Disease, and this was his Step-Mom’s first ever OCR. And she LOVED it, which is a win in my book. It was great to see so many first timers conquer fears on obstacles many of us more experienced racers probably take for granted, like the cargo net climb.

-The fun obstacles were incredibly fun. My favorite was the slip n slide!

-One free Mikes Hard Lemonade at the finish, a fun change from the usual beer.

-Protein bars at the finish line.

– Jumping around like we are a bunch of 5 year olds in bounce houses made for adults: hilarious. I couldn’t stop laughing!

– They let my kids play in the starting line foam. MUCH appreciated!

-The volunteers went above and beyond. Not only were they super friendly along the course, but they kept coming by with water and protein bars for those who were standing in line waiting for the bus. They were so incredibly apologetic about the whole situation, which was nice, but not their place to take the blame.

I truly want to give 5K Foam Fest organizers the benefit of the doubt regarding the transportation issues. However, the lack of staffing, the lack of medals, the lack of obstacles, and charging for festival activities for kids left me feeling that this was just a money grab by another company looking to hit up the obstacle course racing world. Disappointed is the only word I have to describe my overall 5K Foam Fest experience. I have heard that others really enjoyed this race at different venues, so I truly hope that this is not the norm for this race series. As I mentioned earlier, it has the potential to be an awesome introductory race for first time obstacle course racers who want to get their feet wet (literally!). So I’m going to list this race in the “buyer beware” category…register and race at your own risk.

For pictures and videos: http://relentlessforwardcommotion.com/2014/06/2014-new-england-5k-foam-fest-review/

A few vendors, but I didn’t even bother checking them out because I just wanted to be “run and done”. Race sponsored by Mike’s Lemonade and got a free beverage at end of race, plus some protein bar passed out at the finish that I had two bites of and decided it was gross (don’t even remember the brand, but had never heard of them). Schwag included a t-shirt, medal and Mike’s Lemonade “sponge” – not everyone received these items as some things ran out according to others (I’ve heard mostly medals).

Plenty of portapotties, male/female changing tents for privacy (always appreciated) and hoses to rinse off. Would have much preferred using the river again this year, but they blocked it off with all the portapotties so there was no access.

There were onsite things to keep spectators entertained, but everything cost tickets. There was a lack of seating for anybody, unlike last year when they had picnic tables spread throughout the party area. They only had a small “beachy” lounge area with a few adirondack chairs.

* Race Details
When arriving on site, you had to get in line for registration/bib pick-up. I had an early heat (8:50), but still had to wait at least 30 minutes in line. It was all sort of one giant line when you walked in, so it wasn’t clear that you were supposed to line up alphabetically by name. As you moved closer you could tell, but if you were in the wrong line to start you could get screwed with a longer wait. By the time I got through all that business, after the shuttle ride there, I had only 10 minutes to hit the portapotty, stretch really quick and get into the corral to start. It was all very much a whirlwind and I understand it only got worse as the day went on.

The course is fairly easy in terms of difficulty but it’s very fun because you get to let your inner kid come out and play on the giant bouncy obstacles. There are real ones mixed in (like a cargo climb – vertical and sideways), mud pits, an electric crawl (which wasn’t electrified), a water crossing on foam pads and some bungee cord obstacles to climb through. The bouncy obstacles were nothing special, kind of similar to each other on a few of them, but I still enjoyed them. I’m glad I still (mostly) enjoyed the course itself, however everything else just took away from the fun of it.