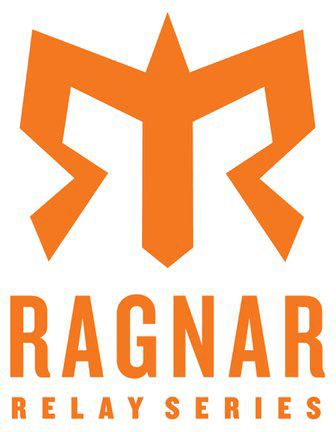 * Event Details
This review is from the POV of a volunteer at one exchange, and the finish line. First thing to note, this isn’t like volunteering for a Spartan, or other OCR, where you get a free race entry in exchange for your time. You get a volunteer tshirt, and the gratitude of your friends. You will be responsible for your own food and beverages, and parking at the finish. Each team of 12 or 6 (regular or ultra) is required to provide three volunteers, or pay $120 for each of three volunteers. When a friend posted looking for volunteers for his team, I said sure, and took two shifts, (not required, but I figured I was there, so might as well do two).

I can’t speak to every exchange, but arrive prepared to work! My first shift was Exchange 20 in Yarmouth Port, from 9pm Friday – 3:45am Saturday. Volunteers are expected 15 minutes prior to their shift start, and I was surprised to arrive 20 minute before, and there was no sign whatsoever that I was in the right spot. I double checked my email several time to be sure. About 10 minutes later, the shift supervisor arrived, as well as two other volunteers. The shift supervisor covers 5 exchanges, so he quickly briefed us, and then had to leave for other set ups. He did stop back in twice during the night.

It was quite dark at this exchange, and since safety is paramount, the other two volunteers were put on traffic duty, and directing runners. I was tasked with recording runners’ times as they came through the exchange. Unfortunately, this wasn’t a great setup. I was handed a sheet that had team numbers on it, and was told to just write the time in as people came in. The sheet was missing a bunch of numbers and had a few duplicate numbers. So in the dark and with multiple runners crossing at the same time, I’m recording times (from my phone).

Due to the way the chute was set up, many runners ran right by, and when they had headphones on, or were exhausted, I couldn’t get their attention to stop them to get their numbers, without missing other runners coming in. I think this could have been resolved by having the chute well-lit, and having another volunteer directing runners to stop and check in with me, so the timing would have been more accurate. Since there was no other volunteer at the chute, that also meant I couldn’t leave at any time, not even for a quick bathroom break! Runners were non-stop from approximately 9:20. At 3:30, the next shift arrived, and I showed them what I was doing, and they took over from there.

I then drove to my next shift at the finish line in Provincetown, which was scheduled for 5am – 12 on Saturday. The setup shift requires you to be able to lift in excess of 50 pounds. It involved setting up tents, tables, chairs, finish chute, etc. in the festival area. The weather wasn’t terribly cooperative, and the high winds made tent setup in particular quite difficult. Again, no down time, but with this shift, there were quite a few volunteers, so the work was spread out between people. There was quite a bit of disorganization with setup as well. I think that could have been easily resolved by assigning volunteers to specific jobs, rather than everyone milling around trying to help as best they could. Things are much smoother with there is an organized step-by-step approach to putting things together. Setup took several hours, and by 9:30, runners began to cross the finish line. I spent the rest of my shift handing out medals to teams as they finished.

At the end of my shift, I was pretty hungry, and volunteers don’t get the coupons for the free beers and food. I do feel like if the teams are either supplying volunteers, or paying for them, the least Ragnar could do would be to feed us. I also think that concerns noted could easily remedied by Ragnar. The race itself looked amazing, and it’s one I’d like to do as a runner next year.

* Event Details
I was runner #7 on the NE Spahtens Chicked Team, which made me the first runner of van #2. This review covers only my own perspective of the half of the race I saw, and is more a review of things that I learned on the course than the race itself, which Jeff covered extensively in his featured review.
I think it’s fair to say that Ragnar knows how to run an event of this magnitude and they did it just about as well as possible. Yes, there were a few confusing exchanges, but sometimes that’s more a failure of the volunteers than the race officials. Yes, the parking situation wasn’t ideal all the time, but when you have hundreds of people driving vehicles they’re not 100% comfortable with when they are tired and hungry, things happen.
The biggest lesson we learned at the start was that we really should have thought about getting a hotel/motel close to our own starting point (van 1 near their start and van 2 near exchange 6 where they start). I only managed about 2.5 hours of sleep the night before we started and had to get up about 11 hours before my first leg just to get everyone on course. This meant that my whole van started out completely sleep deprived and hungry (when you’re that off-schedule you can’t really figure out when or what to eat). I also think that serious consideration should be given to sleeping as close to the finish line as possible on the last day to avoid having to drive hours to get home after the race.
The second most important lesson for me would be that when I do this again the van I’m in will have a rotation for drivers and navigators. Everyone will have a turn to drive, navigate, and rest regularly. We had two of us driving and navigating for most of the time, and a third helping out a bit when needed, but by the end our main drivers/navigators were exhausted.
Logistically, I’d also be sure to bring more real food – sandwiches, chicken, apples, anything but candy and granola bars. There are cases of water at every major exchange, so I’d bring less of that and maybe more gatorade. I’d bring a warmer blanket, too.
We definitely needed some sort of magnet for tagging the other vans!
Lastly, I wouldn’t use my own car again. While I was happy to provide it to save money, the stress of feeling like I had to drive most of the time wasn’t really worth it. Plus, a member of another team wrote on the door with a car marker. It washed off, but I can see scratches spelling out their stupid words. I sure hope that buffs out!

* Race Details
I’d have to say that the course was much more challenging than I thought possible. I really did not believe that Cape Cod would be so hilly! There were a few steep hills and lots and lots of long hills. Everyone got to experience them and nobody liked them. So, next time I’ll be sure to train hills better!
Course markings were sufficient on my legs to keep from getting lost, but another member of my team did go about a mile out of her way and was turned around by other runners who had made contact with their team to learn that they were off course.
I did wish there were more mile markers – the only mark of distance is the “One Mile To Go” sign, so it’s a little bit difficult to know how you’re doing on pace.
The night running was a major concern for me. I’m a giant baby when it comes to being outside alone at night, so I was very worried about being out on the course in the dark all alone in a strange place. I don’t know if it was just that I was too tired to care, but I was really OK with it while I was out there. I started in a fairly well lit parking lot, but was immediately plunged into darkness as I turned the corner onto the unlit road. My night leg was about 5.2 miles long. The first 4 were on the road where it was dark, but I could see the blinking lights of other runners ahead of me. As long as I could see them, I felt OK. The last mile or so was on a paved trail along a busy road. I was a little uncomfortable in there because it was pitch dark and there were a few places where the fence was broken (zombies and/or axe murderers were definitely on the other side waiting to reach out and grab me!), so I just ran as fast as I could and reached my exchange in one pie
ce.
All in all, I’m really glad I did this. I had a great time with my team and will never forget the fun we had.