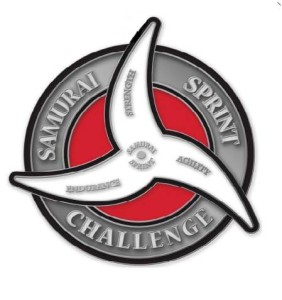 * Event Details
parking was onsite, typical vendors muscle milk, amd hint water, but the awesome bit was the chiro table, he was awesome, he stretched out some tight areas, and helped patch together a friend, he was knowledgable and nice, also free! Typical shirt and nedal swag. There was decent food, for a reasonable race day price

* Race Details
wonderful fast short course. Not many hills, typical walls, but also some cool ninja warrior type reverse staircase and slanted running walls. This was really fun! And getting together several friends going down the slide was a great way to go down a slide! It was great the owner is awesome, and the fact that my race local extra lap money went to suicide prevention meant a lit, that many local rds give away their extra money makes me feel better about going there instead of a spartan. I would have lobed to see the finger grip wall this year, not much in the back up department, but i would love to see more ninja warrior obstacles. The traverse rope was pretty louse, especially for a rope that never touched the water. That also had a little bit of a backup, but then again it always does, no matter what race you are at. All the obstacles seemed sturdy except the box jump, it did not have an issue, but with the give from the boards going down it i did not have full confidence, other tha
n that it was a great event that i hope to be able to do next year!

* Event Details
The site of the Samurai Sprint is the beautiful Westport Vineyards and it’s an easy location to get to. Parking was $10 – as announced ahead of time – and was very close to the starting line and well organized at 8:15 am when we got there for the 9 am wave. Registration was fast and easy and the race packet included a nice light blue t-shirt (love the color) and a sticker/decal as well. The finisher medals were really nice and the red “stained glass” effect was a nice touch. There were the usual Port a Johns, and while there was never too long a line, they did run out of toilet paper in a few towards the end, which unfortunately is typical. There were individual changing tents which were adequate for changing after the race. There were a few vendors, and I sampled the Muscle Milk ( chocolate) to help fuel me for lap #2. There was live music and it was nice to sit and relax in the sunny grassy area after the race. I didn’t grab and food or drink but there was food and drink
available for purchase.

* Race Details
The race started out with a muddy pit, which I got stuck in last year, but this year it was nice and muddy without the danger of losing a shoe! The first set of obstacles were over and under walls, and then a nice little running track to the monkey bars. The tire flip, with a few sizes to chose from was shortly after that, and there was a much needed water station at this point and then it was onto the high wall. You had the option to use a rope with toe rests to help you over, use the middle brace to boost you up and then over with no toe rests or just straight jump up and over. There was another stretch of running and then over to a new obstacle and one of my favorites, the swing to the bar. This was a trapeze bar with a muddy pit under it and then a perpendicular bar to grab onto after swinging out on the bar – a few swings were necessary to get close enough to grab the perpendicular bar and move across it – I saw more than a few people swing and miss – its harder than it
looked but fun! Then some more running and onto a ninja type obstacle where you moved from board to board without touching the ground – another fun one! Then onto the only obstacle that defeated me – the reverse staircase. This one is difficult and is a series of planks, each one higher than the next in a staircase fashion, and you had to grab and pull yourself up from one level to the next – no can do for this chick! Something to aim for for next year… Then onto box jumps up four big steps, and down the other side followed by a traverse wall. A little more running and then came the slip and slide – it was really fast and soapy – and I appreciated the cool down after all that running. That was immediately followed by the rope climb – again a few options of ropes with knots or ropes without. Then it was a quick run up a small incline to some tires to step through and then onto the killer traverse rope. This is a long traverse and it really helps to have the technique d
own to get all the way across – if you fell it was into the pond for a quick dip. There was a short bit of running to the wreck bag carry – (25 pounds i believe) up a hill and down. The last obstacle before the finish line was the incline wall with ropes to assist the climb and a ladder style descent. Then off to the finish line for a gorgeous medal. I was in the first wave so there were no backups at obstacles, and I did do two laps but never encountered much of a wait at any obstacle. The multi lap setup was AWESOME – it was fast and easy to run multiple laps and New England Timing did an awesome job logging the results for multiple laps. A great #racelocal event and a really fun course.

* Event Details
The event is held at a beautiful winery in Wesport, MA. It’s a hike from the Hartford, CT area, but well worth it. There is a great field for vendors and racers, music was playing, and the grilled food was fantastic. They even have samples of wine made at the vineyard. I understand that wine and beer were also available by the glass.
Restroom facilities were available in the form of flushing porta johns. Sadly, they ran out of toilet paper fairly early in the day and it wasn’t replenished. I have no idea if the RD was aware of the issue, since I didn’t discover it myself until the end of the day.
Schwag was a nice medal and a comfy t-shirt.

* Race Details
The course was really fun! It was mostly along the edges of the vineyard, so it was mostly grassy and rolling hills. The downside was that there was very little shade and it was very sunny, but that’s not a deterrent for me.
The obstacles were well built and really fun. There were a few that I’d never seen before, some that I’ve seen and never had the opportunity to try, and a few standards. I always love innovative obstacles, and running multiple laps gave me the chance to try them more than once.
The first wave was a bit crowded and there were backups all along – particularly at the tire flip and tyrolean traverse. It seemed to be less of a problem throughout the day.
The RD was very accommodating to the multi-lap racers. He allowed us to pre-pay $10 for as many laps as we wanted. Before we hit the course, we just had to check in with the timing table, which was conveniently located at the starting line.
Although it’s a long drive for me (over 2 hours), I’d definitely return to Samurai Sprint.