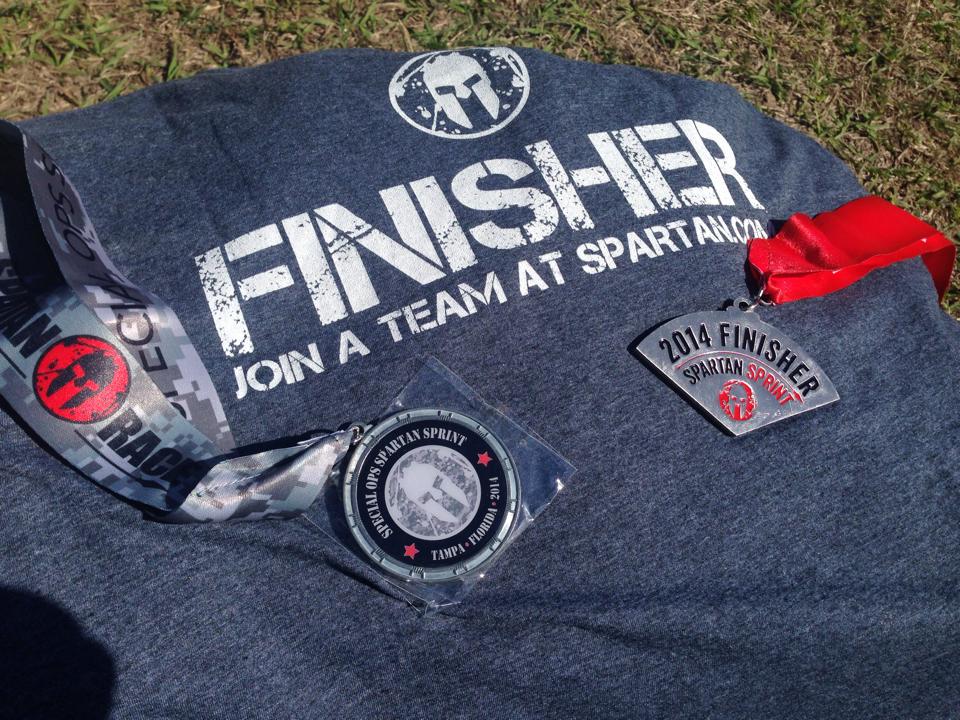 * Event Details
$10 parking was onsite and included a reasonable walk, which is always better than a shuttle bus. The festival area had all the usual areas such as merchandise, sample obstacles, food/beverage, etc. It could have been more spacious, but it did have large shade tent. It could have used additional food/beverage vendors. Protein bars, drinks, & bananas were plentiful at the finish line if you wanted them. There were a few tanks, a helicopter, and a few other military icons peppered around the outside field area. Bright sunshine was abundant by late morning bringing temps into the low 60s.

This was a 3-4 miles course in total. I missed the rowing machines, ball slams, box jumps, monkey bars, 2″ jump rope, and cargo net. Those obstacles could have boosted my rating to Excellent. Overall this was a terrific stadium/traditional hybrid, giving athletes a solid serving of the Spartan Sprint experience. Finishers received a unique Tampa Special ops medal, as well as the 1/3 trifecta medal.