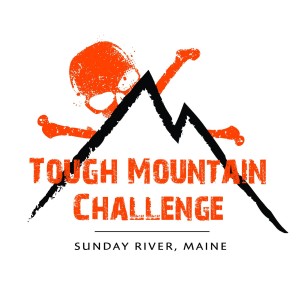 * Event Details
Parking – Free, super easy, and all on site.If you arrived later in the afternoon, you had to park further away, but it was all still very convenient.

Facilities – the festival area flow was much improved over past years events. They had covered picnic table seating off to one side with additional picnic tables and bar tables throughout that weren’t under a tent. We never had difficulty finding a place to sit down when we wanted one. They had food and drink available both inside and out and the Sunday River merchandise shop was open with a special section for TMC merchandise. The TMC merchandise sold out quickly in the more popular sizes, so, like other races, if you really wanted something specific, you needed to be sure to get it early.

They had packet pick up available Friday evening along with the Big Ass Bash party – food, drink and live music until 11:00p. You could also pick up your packet on Saturday morning. This was also much improved as they moved the check in area to a much bigger space. It was very convenient and there were virtually no lines.

They did not have a bag check available, but Sunday River has lockers available on site for rent. They are the open-as-often-as-you-like type which was good. The bad was that there weren’t very many of them available for a race that sold out at 3,600 runners. There were cubbies throughout the lodge available for anyone to use, but they weren’t secured in any way. Personally, I would have left my stuff there, but Vince didn’t like that idea, so we put our stuff out in the car before we ran.

There were clean, indoor restrooms readily available in the lodge as well as portable toilets in the parking lot. They had showers in two different locations and changing tents for both men and women available.

Vendors – The Maine National Guard had a large tent where they handed out schwag all day and spoke with anyone interested. O2X was also there with flyers and a representative to answer questions. Sunday River is one of their venues so that made sense.

Schwag – In addition to the standard free beer (or soda), they had t-shirts made from recycled plastic bottles that are pretty nice. My only disagreement with those is the fact that a men’s medium and a women’s extra-large were the exact same size with the exception of shorter cap sleeves on the women’s. So, if you wanted a women’s cut, it was important for you to order a size up in order to get what you probably really wanted. (Grrrrrr!!!! And we wonder why so many women have body image issues.)

The only real complaint with TMC is that they don’t give out any sort of medal. When you crossed the finish line you got a small bottle of PowerAde and that was it. I later saw that there were some bananas, but you had to really look for them to find them. Ski Pix took photos throughout the event, but I am not sure if they will be for purchase or for free. I didn’t ask anyone and will find out soon enough!

* Race Details
Start of the race – Bibs had your name and your start time printed right on them. The folks at the entrance to the starting chute were checking everyone for their time. We asked politely if we could jump in with another NES member who was running solo and were told no. I have ZERO problem with that – as long as you enforce it all day. However, they were being choosy about when they were enforcing it and when they weren’t. This is the only major strike against the race that I saw. The same woman told us no, then let in dozens of others over the next couple of hours, and actually called out a couple standing next to us and asked them if they wanted to go early. THIS I have a problem with. As Yoda says, “Do or do not” … don’t arbitrarily flip back and forth (okay, maybe Yoda didn’t say the last part). For some reason, they also found it necessary to write your number on your left arm (and left arm only) with sharpie marker. We witnessed a woman with full color tattoos on her left arm ask to have her number on her right arm or not at all and they flat refused her request. She was quite angry that they wrote her number on top of her ink even against her will. The only thing we could think of is that the timer person was on that side as you came across the finish. (At the end, that turned out to be incorrect. There WAS a person recording the bib number of everyone who came across the finish line, but she was on our right side.)

The course – In a word, fantastic! It clocked in at 4.11 miles according to a group member’s Garmin. This is longer than previous years. It used the mountain quite well and was heavily up hill the first half and down hill the second. Obstacles were generally grouped into clusters of two or three with running sections in between. If you are a good mountain runner, this was a fast course. If not, it was a bit of a slog! Their signature obstacle is a natural one called, appropriately, WTF. That is exactly what you say as you round the corner and catch your first sight of it. According to the Garmin, it was about a 350 foot climb in less than 2/10 mile. It is so steep that long sections of it have ropes that you can use to assist. In previous years, the WTF was my nemesis, causing me great amounts of pain and a very long amount of time to achieve. This year, I was the victor and I did it significantly more quickly and easily than my previous 3 runs. Most of the rest of the obstacles were fairly standard – barbed wire crawl, submersions under pipes in cold water, rope webs to navigate through a wooded section, hurdles, balance over water,and a stacked log wall. The different ones were the “Leap frog” – a series of floating, unstable wood platforms to run across while they bobbed on the water, and “Slip, slide and die” – a fantastic water slide. A short final run down the last small hill to the finish line and you were done. Early in the day, the volunteer at the top of the water slide was not telling people when to go, trusting that they were waiting a good amount of time before following the person in front of them. When we arrived, he was telling people when to go. We had witnessed one young (completely clueless & selfish) kid go right behind someone and land right on top of her in the water. I’m guessing that happened once or twice more and they started directing people. The seemed to have a high regard for safety and most volunteers were warning all runners of any potential things to pay attention to.

The difficulty level was not high on anything other than the steep ascents in places. TMC is a run for anyone 13 and over and an average athlete would be successful at all the obstacles.

There were 4 water stops along the course and the water was ice cold. Friendly volunteers cheered you on and made sure you had plenty to drink before sending you on again. At the last water stop, you also had the option of shooting an ice cold beer. No one in our group chose to down the beer, so I can say that I think it was Bud or Bud Light, but couldn’t say for sure. According to the TMC website, about 40% of eligible runners stop for the beer. From what we saw as we approached, that sounds about right.

Overall, this is a well-run event that gets better every year. This year’s race was held on July 26, but sold out in early April. If you want to do it, and especially if you want to run in a morning heat, sign up now. I know that we’ll be signing up for next year in the next few days. I recommend that you sign up too and join us!

you get a beer mug, t-shirt of course, meet some awesome folks.

if you follow your GPS, it will tell you that you arrived about 1 mile short of the resort. directions were easy from the N. Shore MA. 95N basically all the way, then to Route 26N in ME takes you there. but pay attention to the speed limits. ROFL. -chet

my official review, if you may of tough mountain challenge 2014. it’s fucking tough. it’s no joke, but manageable.
my plan was to push through it, kinda cruising but NOT take breaks…. well. it worked.
i am such a nerd that i only counted 10 people that passed me. the course, the race was very well organized and will be back. am i right? Angela Bouknight ?
beers when you finish? music playing? kids space? ECT. just do your google foo for Tough Mountain Challenge and go from there.
edit: i don’t even care to look up the name of the balancing obstacle i walked off thinking that i was going to jump into waist-deep water and i fell below the water surface. i had to swim back up to the surface and then swim like like 40 feet to the shore… then, climb some more, low crawl (bear crawl / spartan 30 style) crawl through another fucking obstacle… then, run about another 500m to the next one….. i was like WTF. borderline staggered to it. LOL. ‪#‎AROO‬ ‪#‎HOOAH‬.
this was a very organized race. do it. 2015. put up or shut up.
-HOOAH!