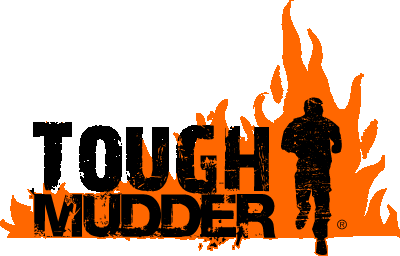 * Event Details
This event was in Bromont, Canada at a small municipal airport about 90 minutes from Fairfax, Vermont. Border crossing went well, especially if you have an enhanced drivers license. The event well run for the most part. As this was an almost sold out event, I anticipated some holdups at the start and never really saw them. We get into parking with no wait at all. I did think that $15 dollars to park was a bit pricey (exact cash of course). There was a short walk to the village area where all of the facilities were. Going through the arch and there is Everest on your left and then there was the starting arch on the right. Check in was easy and we did not wait more than 2 minutes. we had our tickets and waivers, they could have cared less to see our IDs, which I thought was a little odd. We arrived early for our 10:40 heat, so we could check out the area, stretch, etc. There was mudder Swag for sale and different companies giving out samples, etc. After checking this
stuff out and pinning on bibs, we checked our bags in, Did I mention the $10 it cost, well I am now, but for a mudder, you need your after race bag. If you completed a mudder before, check in at the legionnaires tent, they will find your name and give you a wrist band for your green headband at the finish. If you had done more than one…they were giving the headband colors earned to the folks right there. I thought that was good that they did that. Again no waiting in any line there as well. The pre stage line starting forming and he staff was letting heats of 200 get through and climb the 6 foot wall. Once you were there all your direction was given by the dude in the front on the mic…Speaking French for 85% of the time, so a little was lost here in translation…

* Race Details
Bottom line up front-this 10 mile course was flat and fast! My first Mudder was last year at Gunstock Mountain, NH, So, in my mind I’m comparing these two events. I have to say one is an Apple and one is an Orange. I would highly recommend this event for first timers and all folks that do not want to suffer for a headband. This was a very enjoyable course with a good set of obstacles to challenge everyone. The terrain here is grassy fields mixed with rutted up terrain from tractors, etc. The obstacles described are in no particular order, these are just some highlights from the day…Mud mile was fairly steep and the water cold you did this one twice. Of note Arctic Enema was cool (literally), electric eel was rocky and muddy, walk the plank had two stations which made the line for that Super Long, By far the biggest wait. Sets of walls and the standard log carry were separated just enough. Funky Monkey did not have water underneath it. Everest is one of my favorites an
d was toward the end. Black tubes were separated on the course x3. First one downhill into water, second was flat across into a mudpit and the last one was uphill to a 6 ft dropoff into 4 feet of water. a good test of skill as a bigger dude like me, 6 ft 2 in, its hard to get your leg out to avoid the mud flop. The legionnaries loop was the sewer pit. Barb wire crawl into and uphill black tube-yup you guessed it…I flopped out at the end into the water. Electroshock Therapy at the end with two 3ft hay bales that you have to jump over. Everyone gets an orange headband at the finish, a water and protein bar and a wrist band for a t shirt. Now the first thing I did was go get my Green Headband at the legionnaire rewards tent-hope you have your wristband from your check-in before starting. The shirts for this event are in French…Which makes them kinda unique. The usual hose station for cleaning off… I liked this course because it was straight forward, had plenty of
water and food stations and allowed you to enjoy the company of the folks you came with. It had some good challenges, but did not turn into a sufferfest. I’ll consider doing this course again next year.