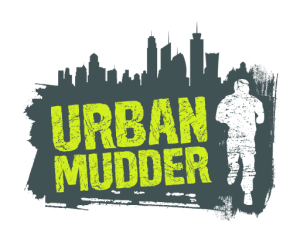 * Event Details
Parking – The event was at Randalls Island Park in NYC. Parking was not available on site, but being in NYC, there were many other ways to get there. Parking was available in garages or on street across the bridge, the subway stopped within a mile of the venue, there were busses or cabs that could drop you off pretty much right at registration. Parking costs varied depending on your choice. The only negative here was a lack of directional signage for those walking across the bridge near 2nd Ave. It was definitely NOT obvious as to where to go for those who got there early.

Facilities – they used an existing park and built a festival area that was easy to navigate. There were a number of vendors, but as per my norm, I didn’t pay them much attention and cannot even really name them at this point. There were a few food trucks available for food and I got a smoothie from one of them that was delicious.

Schwag – participants got the standard beer, a pair of long socks, a tank top, and the customary mudder headband, but in a different color than the standard orange.

* Race Details
The race was exactly what they advertised – approximately 5 miles (I got 4.7 on my GPS) and 10 – 12 obstacles (I counted 11). If I had paid full price for this event, I would have been disappointed. By using a volunteer code and running for only $20 I definitely feel I got my money’s worth. I would pay $60 for this race, but not $100. I think they need to price it better in the future to get a good sign up.

Obstacles were fun, but most were not tremendously challenging. *Head Rush* was the most unique and challenging obstacle. It consisted of two metal pipes about 5 feet apart that formed an X when looked at from the side. You started with your hands high and feet low and moved sideways. As you went, your body position gradually reversed so that you ended with your hands low and feet high. Then, you reversed back to the starting position in the second half. I have a couple criticisms for this obstacle. First, they needed lanes that had varying widths. I’m 5’7″ and had difficulty reaching between the bars. Anyone much shorter had a very difficult time or couldn’t do it at all. They could easily do 3 different lane widths for those on the shorter, average, and taller sides. Second, they needed more lanes. We were in the second wave of the day and waited about 8 – 10 minutes for this one. The wait got progressively longer as the day went on. Some runners went through pretty quickly, but ot
hers were VERY slow. I got caught in a line behind a slow runner and paid the price by having to plank for a much longer period of time.

Most of the other obstacles were fun. *Mafia Blocks* were road barricades to jump over and were pretty blah. *Heavy Metal* required teams to pick up a long, heavy slosh pipe and navigate it around and then O-U-T a set of walls without letting it touch any part of the walls or ground. *6 Feet Over* was the same as Tough Mudder’s Beached Whale with a small ramp in front of it. *Swipeout* was a rotating log you had to run across over water. I thought this one was rotated by the runner, but it turned out to be a mechanical rotation. I think that made it a little easier as you could predict each step. *Under Pressure* was a slide on your back under a chain link fence and was the only other one I felt was a bit blah. *Laser Minefield* was fun – you entered a darkened space and had to avoid the lasers by going over or under them. A buzzer sounded if you cut a laser’s beam at any point. *On the Fence* was simply two walls to get over. I’m guessing they were either 8 or 9 feet. These were ma
de a little more difficult as they had thick foam at the base so that if anyone fell it wouldn’t be on the concrete. This also made it difficult to run and jump. *Ape Sh*t* was a set of standard monkey bars and we chose to skip this one. It was closed when we arrived as medics were attending to someone who fell and landed badly on the foam. *Rock and a Hard Place* was an interesting take on a traverse wall in that it was two walls with small foot holds and you had to brace yourself between the walls and make your way from one end to the other. This one was over water. It was hot and I almost wished to “fail” that one just to get wet, but I didn’t. Finally, the grand finale was the *Rooftop Series*. You started by climbing the height of two ladders to the top of a “building”. You then had to run and leap across a gap to a second “building”. This was a bit nerve wracking as it was probably a 5 – 6 foot drop between the two if you missed and the second building was about 18″ lower. Fro
m there, you transitioned to a third “building” over another deep gap, this time over an inclined balance beam. Across the third building, you had to jump off onto a stunt pillow. I’m sure many jumped with no hesitation, but I had to fight my nerves a little on this one. From there, it was a short jog across the finish line.

All in all, they’ve proved that the concept of Urban Mudder can work and draw a crowd. Now, they need to up their game and bring in a few more obstacles even if they choose to keep it around 5 miles.

Overall, I’m glad I did it. It was my 13th Mudder event. They put on “experiences”, not “races” and I tend to enjoy them. If they price this one right or I can participate on a volunteer code again, I’ll definitely do it again. I’m not likely to pay more than about $60 – $70. They’re good, but they’re not THAT good!