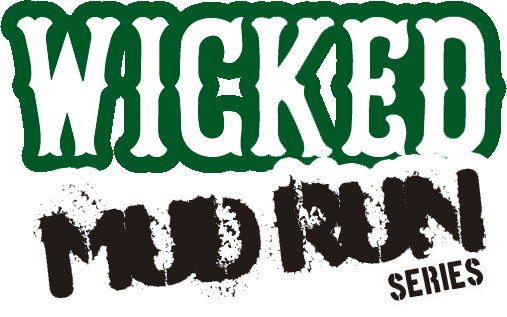 I need to preface this by saying I so want this event to be successful. It’s a small, local event that gives back to the community. Exactly the type of event I prefer. This was the second event put on by Wicked Mud Run and they did step it up a notch over their inaugural event.

Venue Details: The event was held at Ski Ward, a small ski area in Shrewsbury Massachusetts. Parking was convenient and free. I don’t think the venue could support an event that had a turnout much larger than was there, but it was certainly adequate for the turnout. It was easy to get to, just a few miles off both I290 and I495. As a side note, there was no charge for spectators. Bonus points for the no fees. Festival area was large enough for the turnout, there were a couple of vendor give a ways. Food was provided by the venue and was your typical burger and fries kind of deal.

Registration: Seemed to be straight forward, you could also purchase a shirt if you wanted one. This might bother some people, but personally, I’d rather choose to buy a t-shirt than be forced to pay for parking and spectators.

The Course: Starting the course with a sandbag carry is pure genius in my book, spreads out the field immediately. With that being said, it was just a little too close to the start. It could have easily been moved another 200-300 yards and the carry itself laid out a little differently. I did not hear of any other major jamups along the course. The toughest obstacle of the course was the terrain, a relatively steep hill and small section of technical trail running. The rest of the obstacles were fairly easy, some hurdles, a couple of 4 foot walls, one 8 footer that had 3 options of how to get over, you could choose the hard way, the easier way or easiest way. You had a ladder wall; the mud crawl could be done on your hands and knees, no need to crawl unless you chose to. The wire was neither barbed or electrified so no worries about that. A couple of water pits that had pipes that you could have been over/unders, given the temperature I chose to go over on all of them. Then finally a gentle slip n’ slide and then on to the finish with a really cool looking medal. I would have liked the course to be just a little more challenging. Here are a few ideas to choose from that could be added without making the course too difficult for a beginner: Cargo net, an inclined wall with rope assist, monkey bars, a tire run, just to name a few. I’m not even saying to add them all, (although that would be AWESOME), just a couple of them. The course itself was not marked as well as it could have, should have been. A few signs or more marking tape would have prevented some confusion. Spray painting arrows on the turf that people are running over really doesn’t cut it. I heard that some people cut the course inadvertently(?) shortening it and others that took a wrong turn and had to backtrack.

Overall: A great beginner’s race, the founders Dan and Ray are 2 great guys with a great idea who improved upon the first event. The positives are many, the negatives are few and minor. I hope they come back even better next year and will make every effort to be there.

* Event Details
Parking was convenient with it being right at the event location  and free which is always a bonus. There were adequate access to rest rooms and various give always including yogurt, energy bars and drinks. I would have rather paid a little more for the race got a free tee shit. It is one of those things I have just come to expect at races these days. With that being said I still did purchase a shirt. You can ‘to run a race and not have a shirt to remember it.

* Race Details
The race registration was well organized for a local race and had a good feel with the band playing at the starting line.  The race itself had a misleading title, Wicked Mud Run. There was not a lot of mud through out the course (my wife and I did not even need to shower after the race to clean off) and the difficulty of the terrain was more of a beginner level. The wall climbs were fairly easy and the only 8 foot wall had a rope and foot holds to help you climb.

The course was laid out well with a few exceptions. The sandbag carry was too early in the race as the runners did not have a chance to space themselves out and it created a backup. The wire crawl could have been lowered to make the runners crawl through the mud. This would have forced the runners to get lower to the ground and get more into the mud.

Other than those small concerns, the race was very enjoyable. I just feel that it should be marketed as a beginner, family friendly race and not “Wicked.”

I will race it again next year as I think the charities the race supports are great organizations with Autism Speaks being close to our hearts.

* Event Details
Parking-no problem & right on sight
Facilities-Event held at Ski Ward in Shrewsbury, MA. Nice little ski lodge with plenty of seating, bar & food. Also had changing tent area. Didn’t notice any place to wash up, but this wasn’t an issue as we weren’t all that muddy.
Vendors-freebies Chobani yogurt, NRG Bars (bonus they’re vegan & taste great in lemon and pumpkin ginger), Late July multigrain snack chips as well as beverages.
Schwag-volunteers received a staff tshirt and the all coveted Bling was handed out at the end of the race.

* Race Details
The course was on a small ski hill. There were a few new obstacles compared to the 1st Wicked Mud Run–some pipes to climb over and a small slide. The many trips up and down the ski hill is what made this course a greater challenge over the first Wicked Mud Run. The trek off into the woods was beautiful as you ran along a trail along an old stone wall and beneath the fall foliage.

A few areas were a challenge because of trail marking. My sister & I have no problem barking out directions, but where we were stationed as volunteers quite a few racers were confused. Trail marks were small flags stuck in the ground, caution tape and/or spray painted arrows. When we ran the volunteer heat without people to direct us, there were a few spots where we had to stop and figure out which was the proper direction to go. Investing in a few signs might be a good idea for WMR III. Possibly have the volunteers run the course early a.m. before the first heat to clear up any confusion.

There were a good amount of kids running this race. I’m not sure of the race’s age limit, but I would say that my 10 & 12 year would be capable of tearing up the course. I would consider this a great race to bring first timers to because it is a race that anyone can complete.

I would love to see more obstacle added to the course. Kudos to Ski Ward for the fire hose at the mud trenches and the sprinkler systems at two other locations. We’re still waiting to see a “wicked” amount of mud.

I had a great day volunteering with Wicked Mud Run and would absolutely do it again.