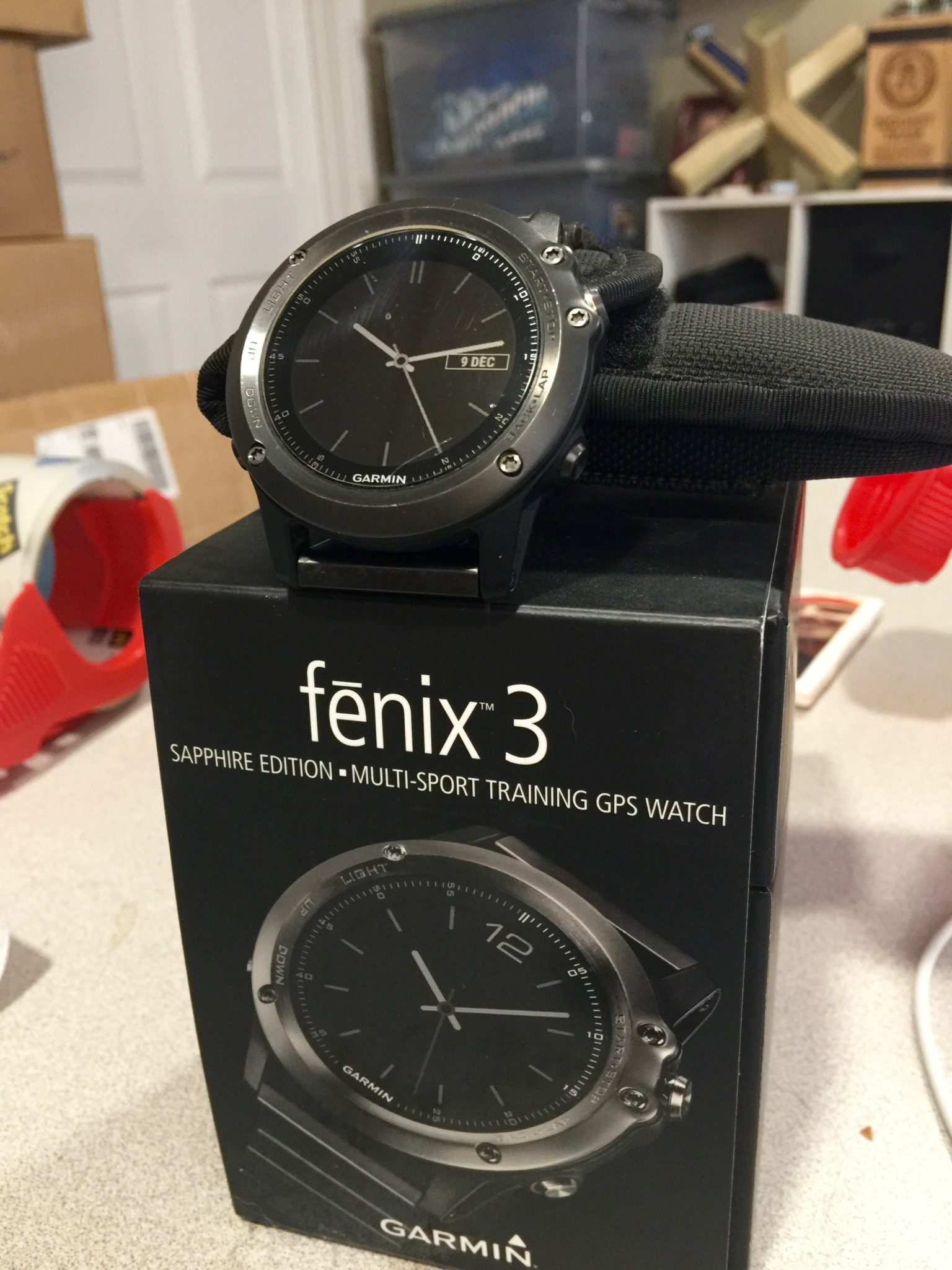 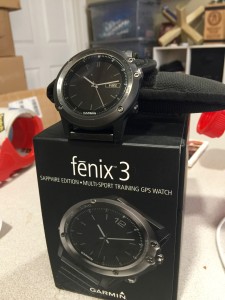 This past summer, I got a Garmin Fenix 3. Here’s what it is, why I like it, and why I don’t wear it any more.

Firstly, if you want to read a SUPER detailed review – click here. This guy writes the best reviews on the market.

As a GPS watch, it does everything the OCR enthusiast needs it to do – it starts up quickly, and locks onto satellites as quick as you could expect (some venues, this takes longer than others – not the fault of the watch). It offers several tracking types – walk, run, hike, cycle – and even swim – and the ability to do multi-sport for triathletes and similar multi-sport athletes.

Each tracking type has different things it displays – speed, pace, elevation, external temperature, and all this is customizable – you can get any information you need through a Fenix 3.

But, there are considerably cheaper GPS watches that do much of this – so why the Fenix3?

Many people out there also use an activity tracker. Something to track your steps and calories during a day, maybe even your sleep at night. Many also have a smart watch – something that notifies them of messages on their phone. The Fenix 3 does all this too, and well.

A huge benefit of the Fenix3 over the other watches on the market is it’s battery life. When Apple announced the Apple Watch, they touted an “all day battery” – the Fenix3 kills that, and routinely will go days – if not a full week – between charging – and if you enjoy endurance events, the Fenix3 will run for hours and hours – in fact, I spend all day at the VT Beast, with a 9 hour finish, and the watch still had 50% battery life.

The model I bought was the Sapphire edition – it has a darker, gun metal bezel, comes with the gunmetal steel wrist band and the regular silicon sports band (and the tools to switch it) – and of course, a sapphire crown for the best scratch resistance you can get in a watch these days. I did add a screen protector, because I’m clumsy (and yes, I have scratches in the scratch protector). I would wear the silicon strap for racing (it weighs SO MUCH less), but the steel strap would make the whole setup look much more “professional” and chunky, if you like that style. I do. It would bring up conversation at work conferences all the time – but I do work with a bunch of geeks …

Lets also cover the app. You can sync this watch to computers over the USB charging dock, or through wifi and bluetooth with your cell or tablet – the Garmin Connect app is fairly easy to use (especially after it’s recent major update), but the website that stores all your activities is still pretty clunky and feels old fashioned, compared to the Web2.0 tools other vendors have. 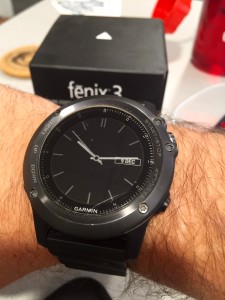 Now – the big one. Why don’t I wear it anymore?

I do – for racing. It’s rugged, it’s tough, it tracks every damn thing you could ever want, and will last longer than I will on the course. For OCR, it’s damn near perfect.

I don’t – for day to day stuff. Despite how well it tracks everything, and the great job it does as a smart watch – I recently bought an Apple Watch and it just does a better job of *that* stuff. The Garmin may be the best tracking tool out there, but without access to RunKeeper, I was missing a ton of my old running data, missing some of the best social media integration out there, and as an owner of a Withings scale, it was a pain to get current weight info in there (there’s a hacky workaround, if you’re interested). It’s also big, which I don’t mind – but smaller folks may be bugged by that.

So, who should drop the money on a watch like this?

If you want the best GPS watch on the market, and want to replace (or get) smart watches and daily trackers – you want this. If you want a sturdy, resiliant daily wear watch – you want this. If you need to track multiple sports – including water – and track them for more than a few hours – the Fenix3 is for you too. It’s an expensive watch, but it’s worth the investment if you’re looking for the best “all in one” out there, and can live with it’s bulk.