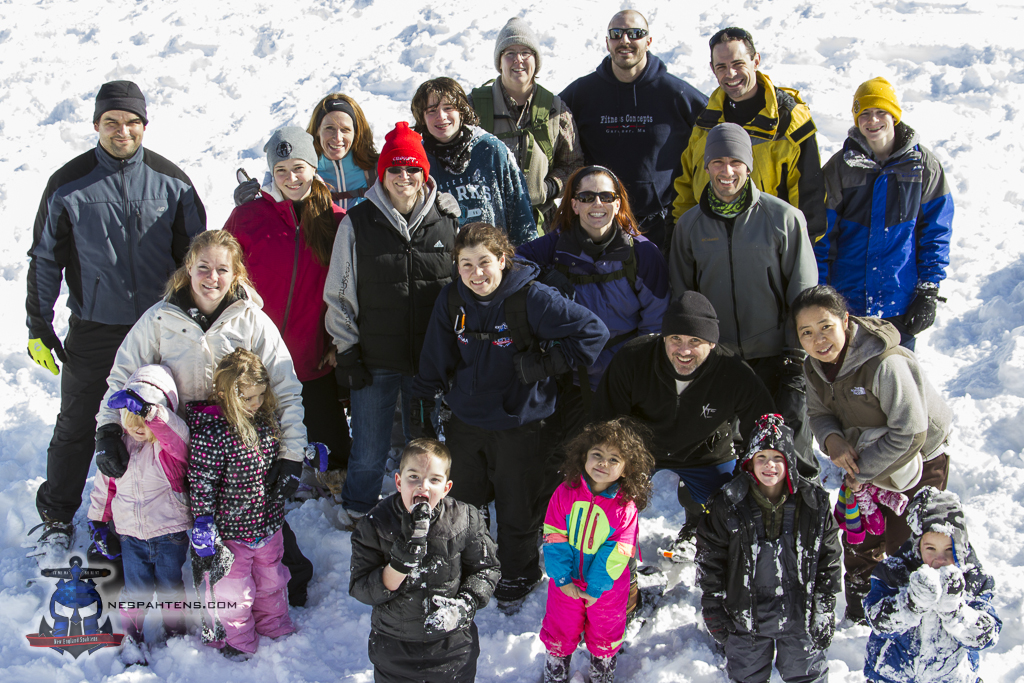 Authors note:  This article was originally requested by The Spartan Race Street Team, and Travis Ketchem.  It has sat in draft form for months waiting for the original version to be published by Spartan Race.  After reading Paul Jones’ article on the importance of community I dug it out, cleaned it up and told the story for the benifit of those who live it.  Spahtens this is your story.  You live it, you wrote it.

That’s a polished picture right there. The New England Spahten Race Team is a large obstacle course racing team consisting of everyone from absolute beginners, to Spartan Race podium finishers, to WTMs, to Death Race finishers. But it didn’t just pop up over night and it had a humble beginning.

After running the 2011 VT Beast, I became aware of the sport of obstacle course racing as a community. At that time, however, it only hinted at OCR as a culture. I joined Spartan Race’s Facebook page and started to see semi-local people posting on it. I began to notice the same names posting day in and day out.

It wasn’t long before fb friend requests came in. Eventually, I got in touch with Nate DeMontigny. It turned out he and fellow Street Team member Ellen Duffey had a fb group called the Masshole Spahtens. It was a good play on the whole Boston based team theme. If I recall correctly, there were about 7 of us Nate DeMontigny, Ellen Duffey, Jeremy Fedderly, Kimberly Louise Jean, Myself and some others. It was fun to network and we made an effort to sign up as a team for our two local events in 2012 – Amesbury, MA and Killington, VT. As we registered the first team we decided that Masshole, although descriptive, just wasn’t family friendly so we became the MA Spahtens.

2012 :  And the MA Spahtens just kept growing.  Names started to align with faces, repeat offenders kept posting, eventually group gatherings started. Small runs, work outs, 5ks and more were being done together. Relatively, we stayed small and social.  As we saw other groups form and dominate fb we remained true to our New England roots…or so we thought. A chance meeting between Jessica Wohlen, Sandy Rhee and myself at a Boston expo to promote Spartan Race and the Street Team gave our team the boost it needed. When the right people meet up, things change. These “encounters with greatness” are without a doubt a founding and ever present theme with this team. It was not long after this expo that we started to see more names being added daily. We weren’t suffering growing pains any longer, and it was clear we were on the scene, albeit on a very small stage.

August 2012 was the 1st anniversary of the Hurricane Heat. It was here that I got to truly observe the power of the our Team. There was a huge field of participants at the event, yet even in the dark, I couldn’t turn around without recognizing someone.  Sandy Rhee, Katie Weber, Mercedes Monroe, Keith Glass and on and on and on.  Team Ninja, Team Lost, Storm Chasers and more. You just knew awesomeness was afoot.  The MA Spahtens were here to stay and were expanding our presence.

Post Sprint:  Enter Paul Jones. I had met Paul online, but had never actually “met” him. He was very active on the team page and highly motivating. I liked or rather bro-loved him from the start. On that August day, I raced the HH, our team heat, and the sweeper heat. In between I watched the great spectacle of the festival area. I worked the future race tent, and the exit poll area with other fellow Spahtens like Kay Norm, Kimberly and Hilary Peak. I continued to meet Spahtens who I had only seen online.

In one quick introduction I met Mike McKenzie who with others, had his own team – the Rhode Island Spartans.  Providence could not be a better word for what came later. You see, like most teams, our members belonged to multiple teams. It doesn’t weaken one team or the other but it makes organization difficult. So as I was posting about how awesome the Amesbury Sprint was in the MA Spahtens page, and how meeting all these teammates was very motivating, Mike and I had a sidebar going on. We thought that it was silly having two teams who basically share all the same members so Mike suggested a name merge. That would be simple enough since the two team names were already similar.  So, in what took all of thirty seconds, the New England Spahtens were born.

The NE Spahtens welcomes anyone from anywhere. We race on any course, do any challenge, and seem to put at least one team member in every Spartan Race. We will field teams in every major OCR in our area this year. More importantly, we look for any new or upstart race to compare it to Spartan race. We are constantly seeking challenges and events.  When we can’t find them we make our own. Through our team Spahten Elite Fitness has been established. These groups meet regularly on Sundays and Mondays.

I have mentioned only a few of the amazing people who are part of this amazing team.  At this writing the team is over 570 strong and growing.  Each day I read posts of amazing athletes on the team.  Stories of triumphs and overcoming obstacles so far beyond races.  We do our best to feature these amazing people on our web page under our Athlete of the week column.

The things that have been accomplished through this team are extraordinary.   I can only touch the tip of the iceberg here in this article.  Its only March and we have done twice as many events as I could have imagined last year.  This team is a team.  We support, encourage, promote and protect each other.  We lean on each other in times of weakness and in times of strength.  You are never alone here.  Your never last, never the slowest.  YOU ARE PART OF THE TEAM.  That is the end of it.  The Spahtens celebrate the fastest finisher and the last finisher with equal praise.  Don’t give up.  You wouldn’t give up on someone else, don’t give up on yourself.