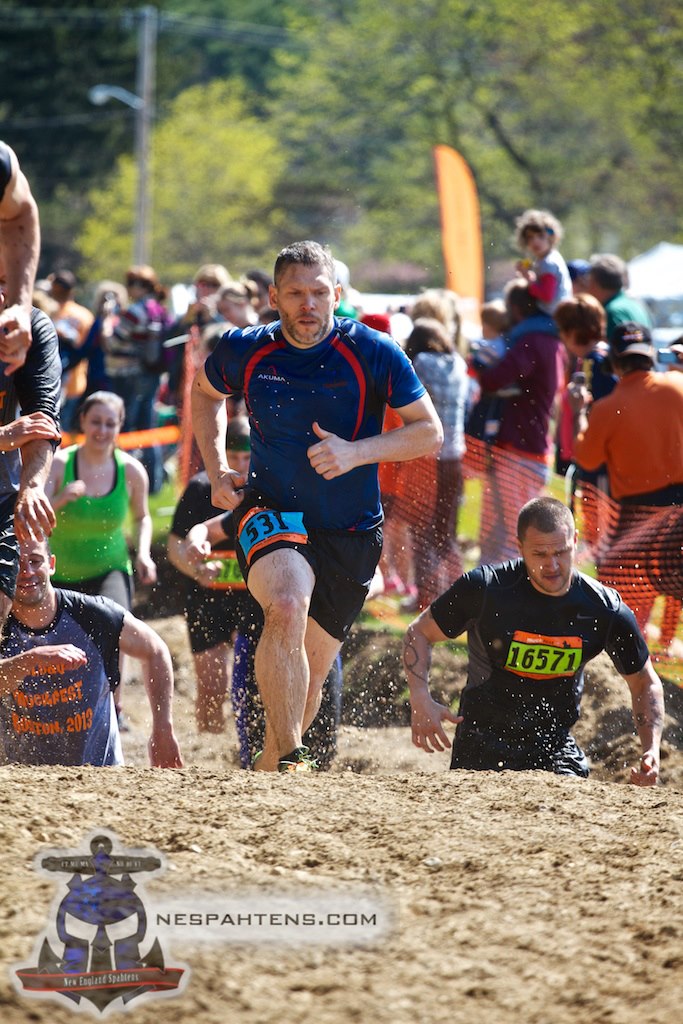 Rob Bonazoli recently posted a really detailed look into his three month training plan, and it was very well received.

As a result, we’re going to turn it into a series of blog posts – The Bonzilla Project

Every few weeks, Rob is going to update us on his training, his progress, his successes and his challenges. If you have any questions for him, you can find him on Facebook – https://www.facebook.com/robert.bonazoli

Back on March 10 I posted on the Spahtens Facebook wall a pretty long description of some thoughts I’d been having about trying to be more deliberate in my training and step things up a bit, but in a way specifically designed to improve my performance at OCRs.  I set up a 12-ish week training program mixing a pretty traditional half-marathon running program with 3x per week crossfit classes (at Reebok Crossfit Back Bay), mixing in one yoga day and one full rest day.  It would mean that three times a week I’d be both running and doing crossfit as my mileage  and speedwork increased, and I was interested in how this would play out, if I could tolerate the schedule, and if so, whether I could dramatically improve my performance.

I’ve just completed my first major milestone, finishing the 12 week program, which culminated in my running the Reach the Beach 200 mile relay with a team of twelve this past weekend, and it’s time for me to re-evaluate and adjust for moving into the summer and fall races. My goal is to be in the best possible shape to attack the Killington Beast on September 21.

I’m a 42 year-old guy with five major surgeries on one elbow and both shoulders. I’m only 5’8” and started this weighing in at a built-for-comfort 200 pounds. Three years ago I was told by one of the most famous sports medicine doctors in Boston that I shouldn’t even be in bedroom slippers without restrictive orthotics and that my feet and knees could “possibly” take one three mile jog every two weeks.

But I’ve got to be honest.

I dream of racing with the big boys.

Time is ticking and I don’t just want to finish races anymore. I want to compete. I may never have a chance of beating Hobie Call or Eric Matta, but even for a second on the course, sometime over the next couple of years, I want one of these guys to hear my footsteps and, even just for a moment, pay attention, wonder, and think, “Bona-who?”

There are lots of reasons why my goal isn’t a realistic one, and the truth is that no matter how hard I work this is going to take more than a few months. But a middle-aged guy who sits down for a living has gotta start somewhere.

I’ll be checking in on this blog, first to provide an update on how the first phase went, then what adjustments I made, and then updating future changes and results moving forward. This team has been a big part of what’s put me back a mode to decide I want to be an athlete again, not just someone who exercises, and I expect it will be a big part of helping me get to wherever this ends up. So let’s dream big and keep on trucking, folks. I’m game if you are.

I’m going to do my best to turn myself into a monster.

Welcome to The Bonzilla Project.