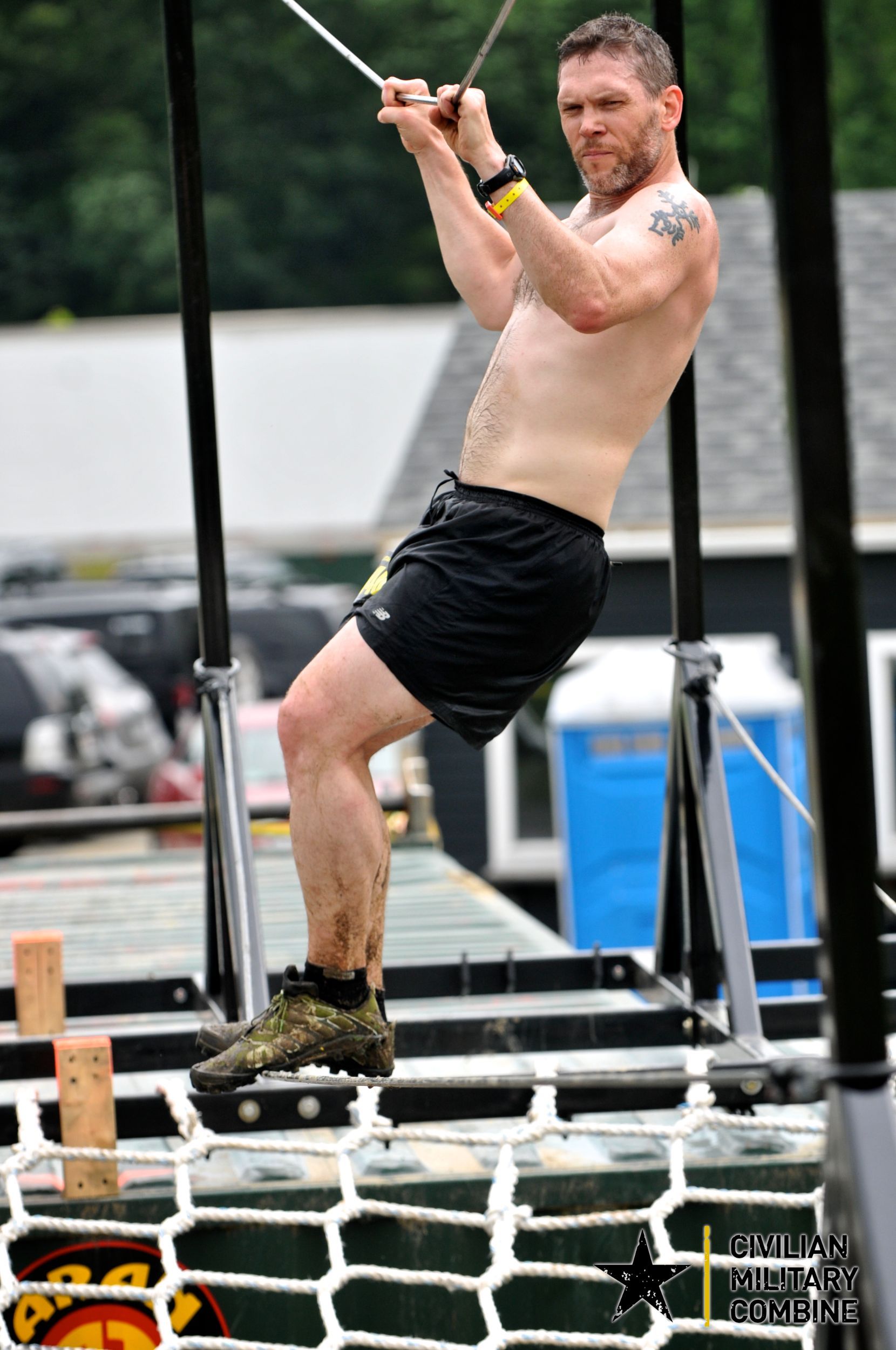 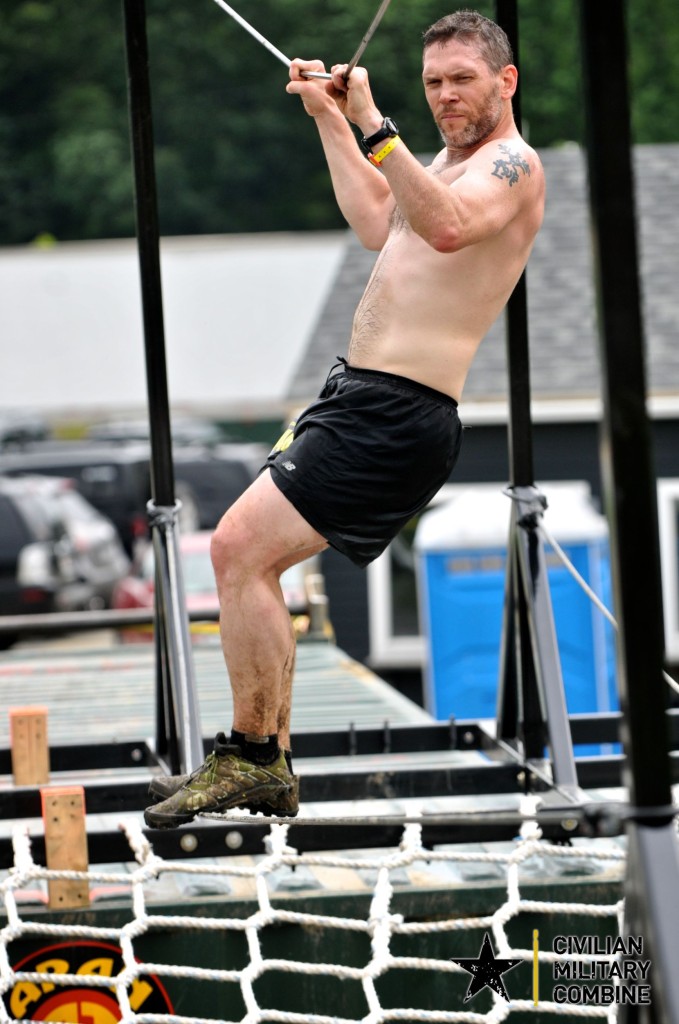 It’s been six weeks since my last update and lots has happened. I finished up my initial June plan, continuing with 3 times per week of crossfit classes, and continuing with my running schedule swiped and from Hal Higdon’s training page. I’ve adjusted again, integrating some new thoughts, hard-earned knowledge, and some changes in strategy starting July 1, which I’ll review below. Again, my big goal is to hit the Vermont Beast hard on 9/21. How hard? I’m not sure exactly, since I don’t have much context for the race, but I’m going to shoot for a sub-5 hour finish, and shoot for the top 100. Delusional? Well, that certainly hasn’t stopped me before…

June was chock full of important lessons. Chief among them being that racing really screws with my training schedule. I raced four weekends in June (Superhero Scramble, Ruckus Boston, BAA 10k, and Civilian Military Combine). For each of these races I took two days off before each race in order to be fresh, and although for most of them I did do my long run the day after, I was pretty ragged and I’m not sure whether that helped or just beat me up more. I had a ball at all of these races, but by the end I was definitely ready for a break from racing. It made me think a bit about priorities and about the danger of losing sight of my larger goal in the midst of a bunch of smaller ones. I don’t regret running them, although I could have been a bit more deliberate and discerning and am using that insight for the months of July and August, the big months before the main events in September, the NJ Spartan Super and the VT Spartan Beast.

Another interesting lesson came from the Curveball Files; sometimes you just don’t see it coming. I have seasonal allergies which I manage pretty effectively through over-the-counter medication. Over the past few years I simply spend a few moderately unpleasant weeks in the both the spring and fall, but my daily life isn’t generally significantly impacted. This year, for whatever series of reasons I got whacked far harder and for a significantly longer period of time than I’m used to. My energy was sapped, I had trouble sleeping, I felt vaguely sick from taking medication for so long, and was regularly coughing like a Dickensian tubercular chimney sweep, trying to hack all the clingy phlegm from my lungs (which had the added benefit of completely exhausting me as I spent my weekdays struggling to suppress the cough all day in my work as a psychotherapist). When the allergies finally decided they’d rattled around my body for long enough, and my June races were coming to a close, I was very ready to celebrate Independence from Histamine Day, and also realized I was a bit behind where I was hoping to be on my training.

No problem. I’d planned on having July 1 being a bit of a re-start anyway. There were a few major issues I needed to deal with in my re-boot:

I made 3 major (and a few minor) changes based on what I learned from my initial 3-ish month experiment to address these issues.

For the remainder of this post I’ll focus on the new workout plan and schedule. As mentioned above, after poking around a bit I decided on Shaun T’s T25 program, short, 25 minute workouts in the style of his earlier Insanity series for my general core/strength/conditioning template, and to get in regular high intensity interval training (HIIT), which I still think is critical. The program is carved up into three levels of intensity, Alpha, Beta, and Gamma. After a couple of weeks on the Alpah level I jumped to the Beta level, as Alpha wasn’t quite intense enough, and now feel that I’m definitely getting the conditioning and core workouts I need without completely wasting myself for my runs. The major weakness to the program is that it has no pull-ups, which are an important part of OCR’s, as we all know, so I’ve included doing sets of pull-ups and hangs 3 days each a week, fit in whenever I can (dangerous for someone like me who works well with a clear schedule).

I also decided to do the timed Civilian Military Combine Pit workout once per week for several reasons. It is a 7-minute workout where three different exercises are done in sets of 7 (75lb Push Press, 44lb American Kettlebell Swing (the website says 40lb, but that’s incorrect) and 20″ Jump-Over-The-Box Burpee).  It is an AMRRAP workout, so you do “As Many Rounds & Repetitions As Possible). I’m including it first of all, it’s crazy fun and an incredibly efficient ass-kicker. Second, with stopping crossfit I was anxious about losing all that structured HIIT and strength work. Third, I loved the Civilian Military Combine event and really want to improve at my next go-round with it (the day of the event I scored 112 total repetitions, which was not completely unrespectable, but certainly wasn’t great.

Most importantly: running. I’ve shifted from the Hal Higdon “Intermediate Half-Marathon” chart to his “Advanced” chart which I actually like a lot better , although I’ve altered it significantly after consultation with Jay who thought that for preparing to run 13.1 miles up and down a mountain I wasn’t putting enough miles in during the week. I increased my Monday, Wednesday, Thursday, and Saturday runs to 5 miles from 3 miles. I put in an aggressive hill repeat schedule, swapping weeks between that and my 6-minute-mile pace treadmill .25 mile intervals. And what feels most important to me, I finally got back regularly into the Blue Hills reservation for long trail runs. Using an initial template from the Colonial Road Runners, who’d mapped out a 10-mile course I spent several weeks running around with a map and getting lost until I doped out an approximately 7 mile course with a gentle beginning and ending, lots of technical up and down, totalling around 1,000 feet of elevation gain. After that I head over to the Blue Hill Ski Area and run a loop up and down, with the idea of progressively adding one loop each week. Presently I’m up to 10.4 miles and around 1,500 feet of elevation gained, and am feeling far more comfortable on the technical elements of the trail. It feels like a great training course.

Although I have some concerns about loss of strength, I feel like I’m on the right track and look forward to both giving it a solid run and adjusting as necessary. I’ve attached my templates from now until the VT Beast below, with the first couple of weeks of July filled in with what I ACTUALLY did (you also may spy a couple of weird things on the September schedule, which I’ll get to in later posts). In my next post I’ll run down my nutrition plan, what it started as, what it’s changed to, and how it’s going.

As a preview I’ll just say that I did just cook a dozen hard boiled eggs.