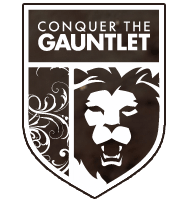 I’ve never ran a Conquer The Gauntlet.
I don’t believe I’ve ever spoken to them either. They’ve never held a race in New England.

But, they had a great reputation in the midwest. They’re an OCR World Championship qualifier, and proudly display partnerships with the Air Force, Crossfit facilities and OCR United. Sitting here in New England, plugged into the OCR scene – I’d heard of them and would have recommended them.

When you have such a solid, well regarded brand – you nurture it and look after it. You honor that reputation.

Right up until you don’t – and in comes the nuclear bomb, that blasts your reputation from the face of the OCR community.

CTG had a race scheduled for Lubbock, TX. They weren’t getting particularly good registration numbers.

So they shut it down. (all the RD’s who put on a race regardless of attendance, because it’s the right thing to do just cringed).

Thats right – a viable business, holding at least 8 other events this calendar year is refusing to refund for an event they chose to cancel. 4 of those races are still scheduled.

Thats terrible. Thats shocking business practice. Enough that local news media has picked up on it, and a quick glance on their FB page and regional communities, like the Lone Star Spartans, show many people affected.

What can we learn from this screw up of a situation?

And to the Conquer The Gauntlet folks – shame on you.

I hope you reconsider and try to salvage the good name and reputation you had.

2 thoughts on “When races take your $”